Spring is in the air! (or at least in the water)

It is spring in Ny-Ålesund in Svalbard, after a long and cold winter. These days the temperature is around 4 degrees. But in the cold waters of Kongsfjorden, the spring bloom is well underway.

It is spring in Ny-Ålesund in Svalbard, after a long and cold winter. These days the temperature is around 4 degrees. But in the cold waters of Kongsfjorden, the spring bloom is well underway. 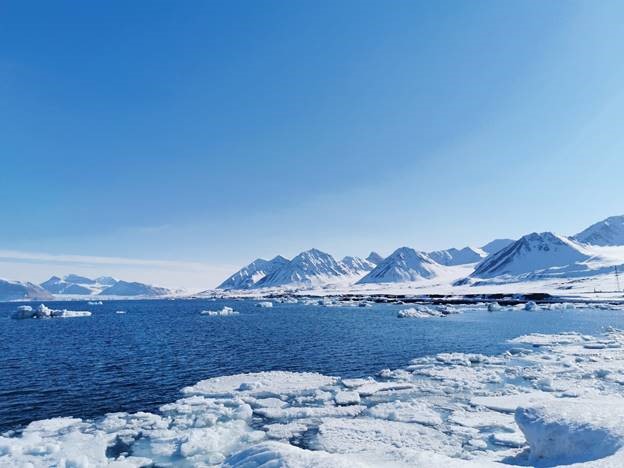 Spring both in the air and in the depths when scientists in the field work discovered that spring algae were in full bloom on May 13 this year. Photo: Ane Cecilie Kvernvik / Norwegian Polar Institute

In May, when air temperatures in Ny-Ålesund, Svalbard, were still well under zero, the spring bloom was underway in the cold waters of Kongsfjorden. Researchers from the Norwegian Polar Institute and Alfred Wegener Institute were on site in the research community of Ny-Ålesund to track the timing of the spring algae bloom. 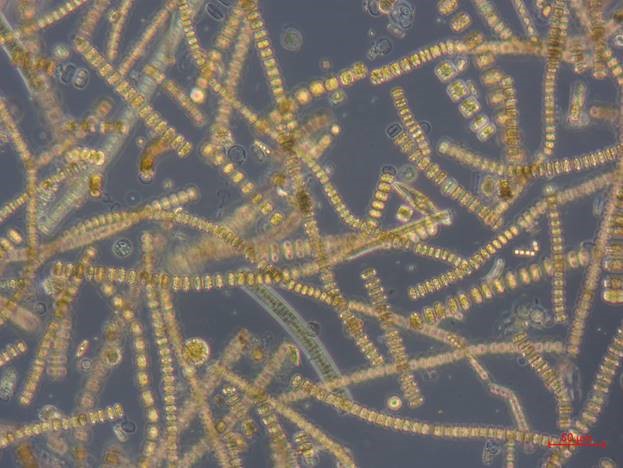 In sub-zero temperatures, the seawater of Kongsfjorden is teeming with phytoplankton cells beginning to multiply. The bloom is dominated by chain-forming diatoms of the genus Thalassiosira (in particular T. hyalina and some T. antarctica var. borealis).

On May 12, the researchers were out on RV Teisten taking water samples (in -8 oC air temperatures) and detected the beginning of the spring bloom at 20 m depth in the fjord. Water temperatures were still cold from winter (-1 to 0 oC), but phytoplankton, the millions of cells suspended in seawater that are like the plants of the sea, were happily dividing and growing in Kongsfjorden. This marks the beginning of the growing season for many animals in the fjord, dynamics which will be tracked by NPI researchers. 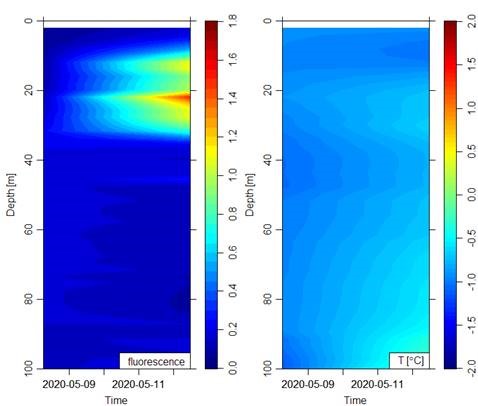 Fluorescence ( an indicator of chlorophyll concentrations and thus phytoplankton biomass) and temperature in the upper 100 m of Kongsfjorden, as measured on 5 May and 12 May, 2020. Within the last week, phytoplankton have begun to bloom at 20 m, while water temperatures are still below.

Chain-forming diatoms of the genus Thalassiosira 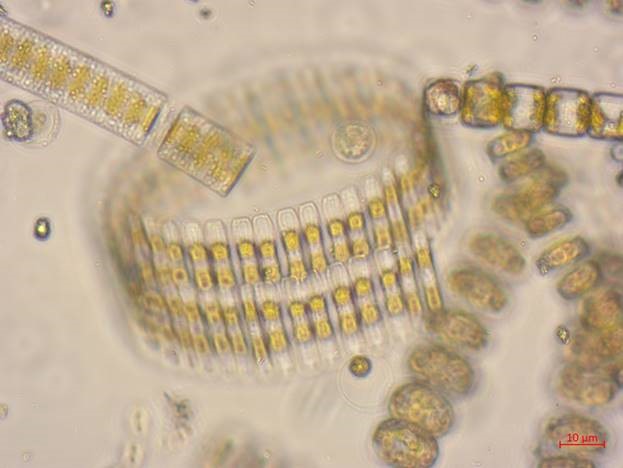 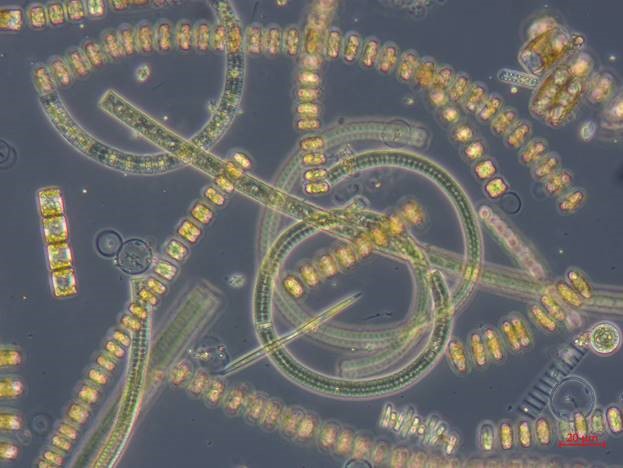 Work ongoing on the largest Arctic expedition or Life in the dark and cold or...

Two months in the drift ice
Scroll to top