The polar bear is a marine mammal and is reliant on the sea ice. It is there that it finds food.

The polar bear is a marine mammal and is reliant on the sea ice. It is there that it finds food. 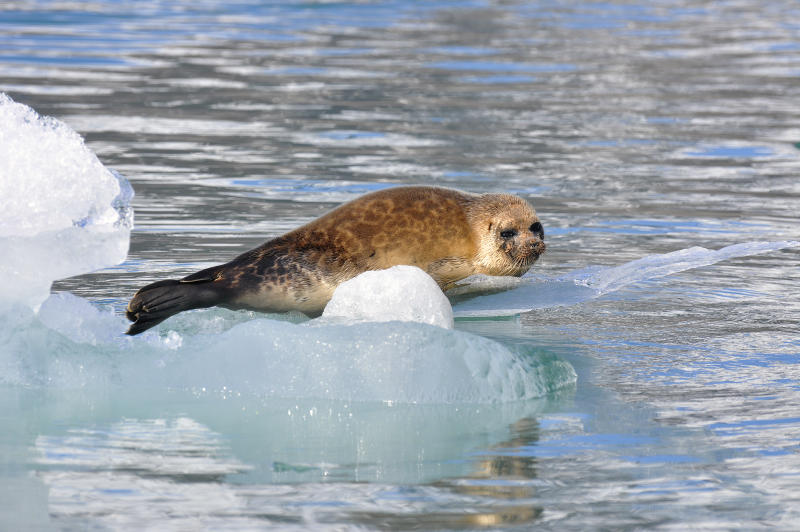 Other bears are terrestrial mammals, but the polar bear has adapted to a life as a hunter on the sea ice. That is not to say that it needs sea ice all year round but, for a short intensive period in spring and early summer, the polar bear hunts seal pups and adults on the sea ice. In doing this, it stores up important fat reserves for leaner times, once the ice has departed. 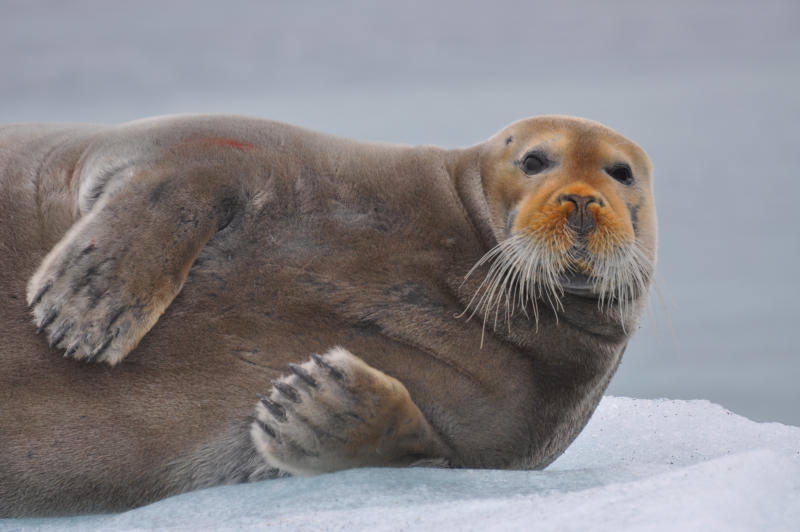 The bearded seal is much larger than the ringed seal, and is one of the two seal species at the top of the polar bear’s menu when it is hunting on the sea ice. Photo: Geir Wing Gabrielsen / Norwegian Polar Institute

In some places, some polar bears may hunt on the sea ice throughout the year, but, even for these, spring is the most important season, when seal pups and moulting adult seals are suitable prey. 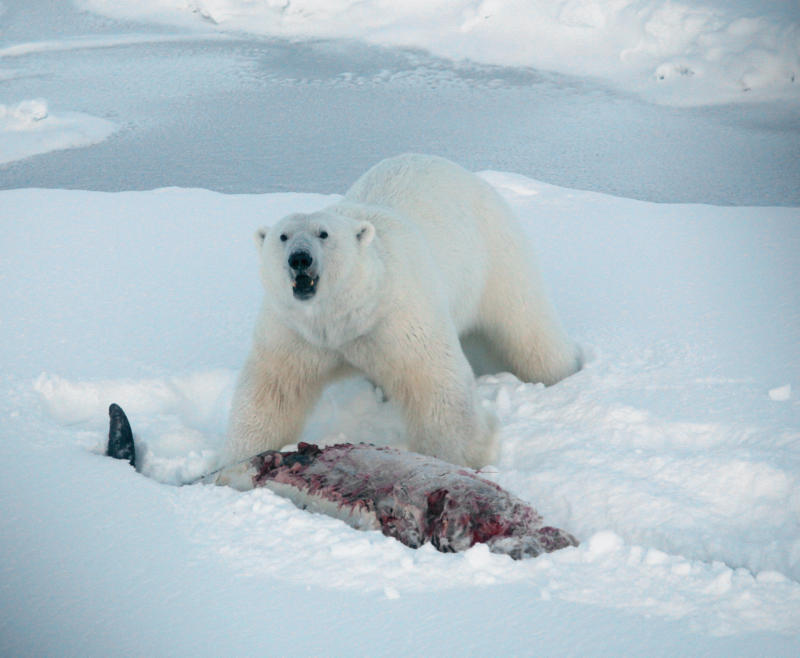 The main reason polar bears are reliant on sea ice is that they feed on seals which inhabit ice-filled waters. The two main species are ringed seals and bearded seals.

Species such as harp seals and hooded seals are also important in some areas. The small Arctic whale species, narwhal and beluga, are also hunted by polar bears.

The easiest way of understanding how polar bears are reliant on the sea ice is to see where the species is found. It occurs permanently only in regions of the Arctic where sea ice is present for much of the year.

It is clear that the polar bear has evolved to become a specialised seal-hunting predator from its sharp teeth, short, sharp claws, and long nose built for an extremely keen sense of smell. These features distinguish it from the more herbivorous brown bear.

In Svalbard, there are still areas with access to sea ice for most of the year, but there is little ice on the west coast. We are now seeing more polar bears than before frequenting land in summer and, when that happens, they are not discerning about their diet. They will mostly devour what they can find, and researchers have seen polar bears take reindeer, birds and eggs, and also observed them eating seaweed on the shore. 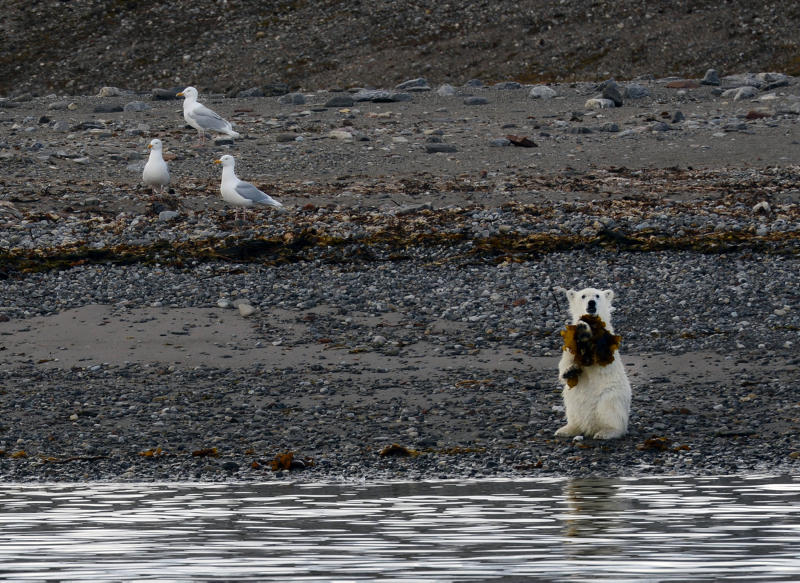 Some polar bears specialise in birds’ eggs, and can plunder an area, taking what they find. They are also capable of climbing steep cliffs to get at the eggs. One challenge for polar bears is access to a high-fat diet, and birds and eggs provide far less nourishment than high-calorie seal blubber.

Facts about the polar bear 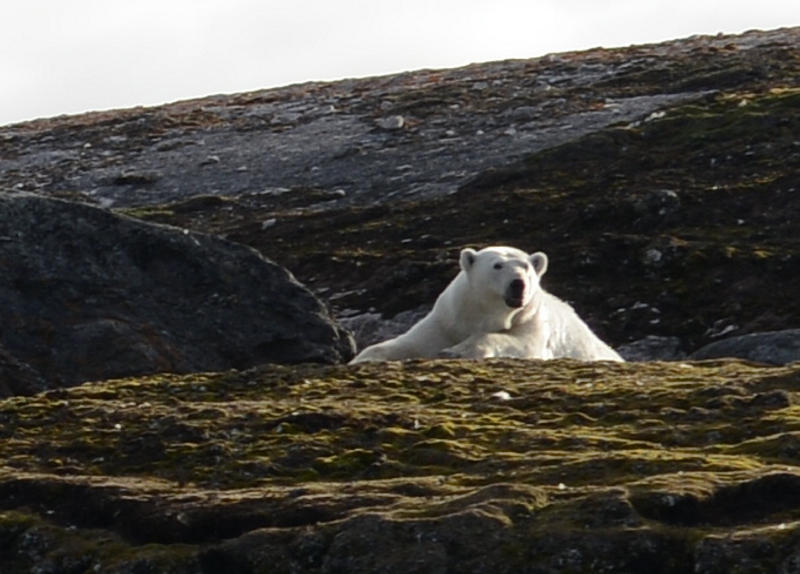 In the summer, the polar bear is able to minimise its energy consumption when there is little food available.  Photo: Geir Wing Gabrielsen / Norwegian Polar Institute

A hunter fine-tuned for the Arctic
Scroll to top