The history of The Norwegian Polar Institute

7 March 1928 is the natural date to recognise as the inauguration of the Norwegian Polar Institute. This, after all, was when a unanimous Norwegian Parliament established Norges Svalbard- og Ishavs-undersøkelser (Norway’s Svalbard and Arctic Ocean Research Survey) (NSIU). At the time, state funding was pledged for a mere five-year term. Today, 90 years later, the institution still enjoys strong standing as Norway’s national institute for scientific research, mapping and environmental monitoring in the Arctic and the Antarctic.

Yet there is a prequel to the origin of our predecessor, the NSIU. In fact, to quote the wording of the then Ministry of Trade’s bill, this was “only ostensibly a new institution”, in that it should more rightly be regarded as a continuation of the accomplishments of the “Norwegian Svalbard Expeditions”.

In 1909, Gunnar Isachsen was awarded a state grant for scientific research in Spitsbergen (Svalbard). Isachsen had already led expeditions to the archipelago in both 1906 and 1907, but with private funding from Prince Albert of Monaco. From 1910, the geologist Adolf Hoel took over the leadership of the escalating Norwegian Spitsbergen research programme, a venture testifying to Norway’s mission, as a relatively young nation, to make its mark on the unclaimed archipelago of the High North through scientific discoveries, territorial naming and the mapping of coal seams. This scientific programme was a crucial factor in Norway successfully securing its territorial rights under the Treaty recognising the sovereignty of Norway over the Archipelago of Spitsbergen, subsequently renamed the Svalbard Treaty, of 1920.

After Norway secured sovereignty of Svalbard in 1925, the cashflow for research was abruptly stemmed by Parliament. Nonetheless, in 1925, an undeterred Adolf Hoel presented his proposal for a permanent research institute that would be responsible for Norwegian interests in both the Arctic and the Antarctic. In 1928, the NSIU duly came into existence, but – stressed the politicians – the institution was not to have anything to do with Antarctica, where international relations and the whaling industry prevailed over geological and geophysical interests. Whatever the case, there were enough regions in the High North to fuel the interests of the Polar scientists surrounding Hoel. The Franz Josef Land archipelago had long been regarded as an unoccupied Terra nullius until it was annexed by the Soviet Union in 1926. Norway protested, and the NSIU dispatched a hunting and research expedition to the archipelago in both 1929 and 1930. However, East Greenland was the focal region for the NSIU in its early years. In close collaboration with Norwegian sealers and whalers, the Institute dispatched a number of expeditions to this uninhabited expanse of coast in Greenland. The mission was self-evident: Norway would by rights reassert its sovereignty of the territory it called “Erik the Red’s Land” after the founder of the first Norse settlements here in the 10th century. This claim was staked by an occupation in 1931. Denmark protested and brought its case before the International Court of Justice in the Hague, which ruled against the Norwegian claim in 1933.

In autumn 1938, Adolf Hoel caught wind of a German expedition en route to Antarctica. Their destination was the territory covered by the Norwegian “Norvegia” surveys of 1927-31. Hoel alerted the Norwegian government, which took prompt action. On 14 January 1939, Norway asserted its claim to the Antarctic region subsequently named Dronning Maud Land, after the Norwegian queen Maud of Wales. In 1933, Adolf Hoel had signed up to Nasjonal Samling, the Norwegian Nazi party, as a parliamentary candidate in Oslo. He himself explained that this was the only political party that had a well-founded Polar Policy programme. During the war, Hoel saw the opportunity to strengthen Norway’s position in the High North, and in collaboration with Germany campaigned for Norway to claim sovereignty over East Greenland.

World War II had definitively revealed the strategic importance of the Polar regions. The shortest route between the superpowers, the USA and the Soviet Union, traversed the Arctic Ocean. Expertise on the Polar ice sheets was now also important for military strategy. The question was how Norway’s role as Polar nation could be sustained in the face of the mounting interests of several nations. Equally, there was a desire in political quarters to distance the Norwegian state from Adolf Hoel and the NSIU of his day. The solution was a new institution. In 1947, Parliament resolved that the Norwegian Polar Institute was to be “launched from 1 March 1948, with Norway’s Svalbard and Arctic Ocean Survey to be integrated in that institution”. The scientific programme was ambitious, and based on several research units. The aim was to gain “a leading position in European Arctic research”. Furthermore, Norway was now also to have operations in Antarctica. Harald Ulrik Sverdrup was recalled to Norway, to head up the Institute. A marine scientist, Sverdrup had served as chief science officer on Roald Amundsen’s “Maud” expedition, and had gained renown as one of the world’s leading oceanographers. From 1936, he had served as director of the Scripps Institute of Oceanography in California.

One of the first missions for the fledging Institute was to lead a two-year scientific expedition to Dronning Maud Land, from 1949-51. The “Maudheim” expedition was a collaborative venture with Swedish and British Polar scientists, and was the first multinational expedition to winter in Antarctica. The scientists were there to investigate whether any climate change had occurred on the southern ice continent. This pioneering expedition blazed a trail for the International Geophysical Year (IGY) 1957-58 when 12 countries had winter stations in Antarctica, including Norway, as represented by the Institute’s “Norway Station” of 1956-60. Under both of these Antarctic expeditions, much new land had been surveyed in the Norwegian claim-dependency Dronning Maud Land. As a direct result of the international collaboration in Antarctica under IGY, the Antarctic Treaty was concluded. Now, Norway, by virtue of its research station, was one of the 12 signatories to the Treaty of 1959. Under the Treaty, a 30-year moratorium was placed on all territorial claims. For Norway, this meant that Antarctic research was given scarcely any priority in the intervening decades.

Sverdrup passed away suddenly in 1957. The Norwegian Polar Institute had never been granted the funds envisaged under the enlargement programme in 1948. And when the former deputy director of the latter-day NSIU, Anders Orvin, was appointed director for a brief term, it was as a symbol of continuity within the Institute, where topographical and geological research devoted to Svalbard was the primary undertaking. This research focus continued beyond the appointment of the geologist Tore Gjelsvik as the next director in 1960. Meanwhile, the Institute’s activities were growing in scale and scope. Gjelsvik never missed an opportunity to remind the authorities of the obligations he believed Norway had towards its Polar territories and in protecting its Polar heritage. He was concerned by developments in Svalbard, where a number of countries were now stepping up their research activities, not least the Soviet Union. Following the Kings Bay mining accident in 1962 when Norway lost one of its three settlements in the archipelago, Gjelsvik’s strategy was to strengthen both the annual summer expeditions, but not least to lobby for the Norwegian Polar Institute to be granted an all-year station in Ny-Ålesund. This was granted in 1968.

When the airport opened in Svalbard in 1975, and the archipelago became more accessible to other research communities, the Norwegian Polar Institute lost its dominant role as a logistics operator. However, this coincided with the Institute being assigned a number of new research and administrative remits. Environmental issues were now far more important in Polar research, as evidenced by the fact that the Institute was transferred from the Norwegian Ministry of Industry and established as a directorate under the Ministry of Environmental Protection in 1979. Many held this to be a natural progression, given that the Institute could now serve as an advisory body on wildlife management and conservation policy in Svalbard, while systematically collecting environmental data on glaciation, the ocean and the atmosphere in Polar regions. At the same time, it was stressed that the Institute would in future be serving as a “valuable advisory body for several ministries”. When the Norwegian state acquired the icebreaker, Lance, in 1981, the Institute gained untold scope for conducting research on the ocean floor and in the sea ice. And when the prospect of oil exploration in the Barents Sea arose in the 1980s, the Institute participated in a number of large-scale research programmes within marine geology, sea ice and biology. Meanwhile, activities in Antarctica were also increasing. In 1983, the authorities resolved that Norway was to send expeditions to the South Pole every three years as part of a drive to reinforce the Norwegian stake in Antarctica in the run-up to the expiry of the Treaty in 1989. Happily, “Troll”, the Norwegian Polar Institute’s summer-only research station, was completed in time for the 1989-90 season.

In 1993, Parliament decided that the Norwegian Polar Institute was to be relocated from Oslo to Tromsø. Ultimately, this move resulted in a marked shift in the Institute’s research profile and field of operations by way of a number of new appointments within environmental and climate-oriented research and management. The Institute also underwent substantial expansion, and became a key driving force behind the intensified engagement in Polar research at the Tromsø facility in the wake of the keen political commitment to the High North from the early 2000s. Meanwhile, the Norwegian Polar Institute was scaling up its presence in Dronning Maud Land. 2005 saw the opening of “Troll” as an all-year research station, in which the Institute has since maintained year-round operations. The Institute also maintained a strong presence in the Antarctic during International Polar Year (IPY) 2007-2008, when it led the Norwegian-American IPY traverse to explore large tracts of Eastern Antarctica. Notwithstanding the diversity of its undertakings and remits, from a 90th-anniversary perspective, the Institute would not hesitate to name Svalbard – and expertise in the natural environment of the archipelago – as its main area of interest. The fact that the Norwegian Polar Institute was commissioned in 2016 to coordinate the research strategy and strengthen the Norwegian role as host in Ny-Ålesund underpins this profile. Equally, perhaps, the new ice-going vessel commissioned in 2018 marks a fundamental transition, in which the scope of the Institute increased, as did its capacity for conducting scientific research, environmental monitoring and mapping of the Arctic and Antarctica. 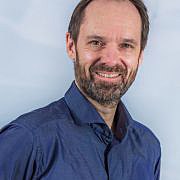 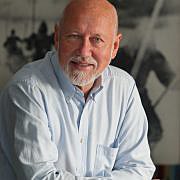 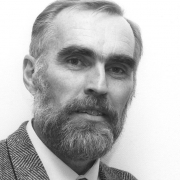 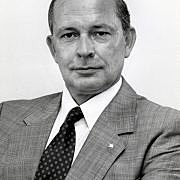 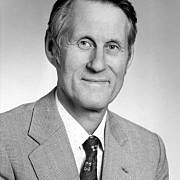 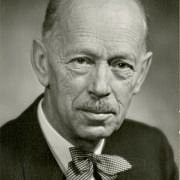 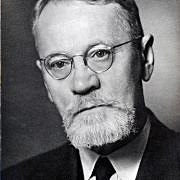