Bouvetøya is a Norwegian volcanic island in the Southern Ocean. Bouvetøya is one of the most isolated islands in the world and 89 percent of the island is covered by glaciers. Bouvetøya is the Norwegian claim area in the seethe of the polar regions we have the most knowledge about. The island has status as a nature reserve.

Bouvetøya is a Norwegian volcanic island in the Southern Ocean. Bouvetøya is one of the most isolated islands in the world and 89 percent of the island is covered by glaciers. Bouvetøya is the Norwegian claim area in the seethe of the polar regions we have the most knowledge about. The island has status as a nature reserve.

Bouvetøya is located at 54°25′S, 3°20′A, 2500 kilometres southwest of South Africa, 1600 kilometres from Gough Island and 1700 kilometres north of the coast of Dronning Maud Land. The island is not part of Antarctica, which is defined as the area south of 60 °S.

The island measures only 49 square kilometres, and is almost entirely covered by ice. Steep cliffs on all sides of the island make it extremely difficult to go ashore there. Olavtoppen, 780 metres above sea level, is the highest peak on the island.

Bouvetøya has a maritime Antarctic climate. Westerly winds dominate the area, but the wind strength is not particularly great. The average temperature at sea level is around -1 °C, and the monthly average is about 1 °C in January and -3 °C in September. The island is usually shrouded by cloud or dense fog. By a fluke, a Norwegian expedition in 1985 experienced completely clear skies long enough to photograph the entire island with a view to making a map.

The island became a nature reserve in 1971.

Mosses and lichens dominate the modest vegetation on Bouvetøya; fungi and algae are also present

The animal life on the island is dominated by seals, penguins and other seabirds that breed in colonies. There are large colonies of Antarctic fur seals on the island and some elephant seals. Twelve species of birds breed on the island.

Hunting of fur seals was banned in 1929, and in 1935 all the seal species in the area were protected. Bouvetøya and its territorial waters were designated a nature reserve in 1971, thus ensuring the rich and characteristic plant and animal life on the island full protection. 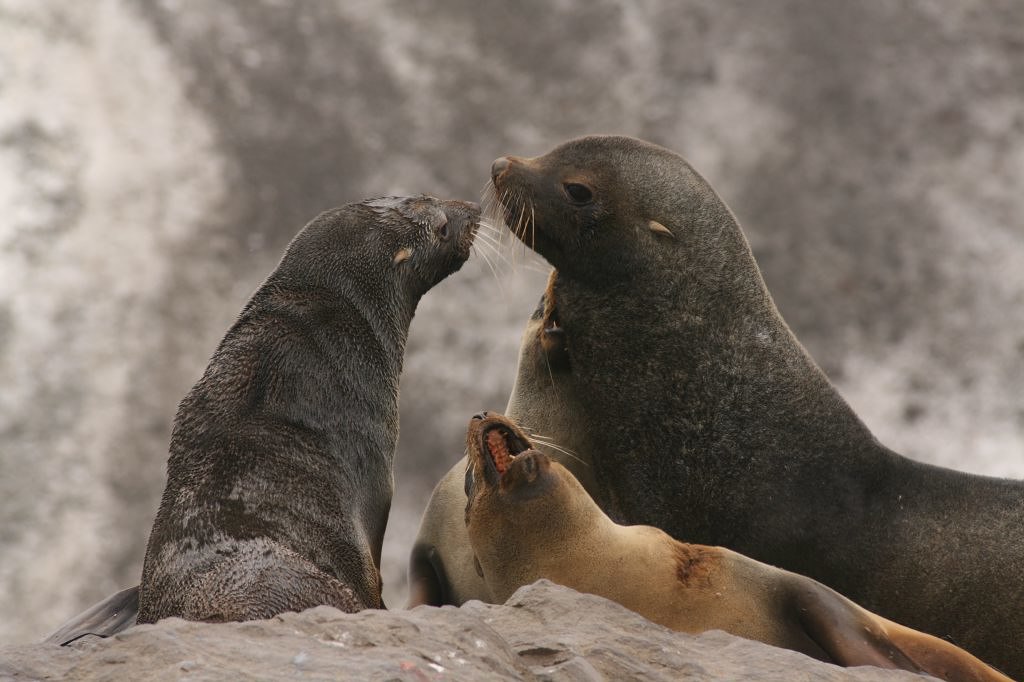 The fur seal colony in the monitoring area at Nyrøysa increased from 7900 individuals to as many as 65 000 individuals between 1990 and 1997. The population seems to have stabilised since then, probably due to a lack of suitable areas.

In the same period, there was a considerable decline in the penguin colonies, especially involving the chinstrap penguins. In 1990, 2700 and 5900 chinstrap and macaroni penguins, respectively, were recorded, but in 1997 these numbers were reduced to 422 and 4700. Here, too, only small changes seem to have occurred since 2000.

The changes in the penguin populations are probably linked to the big increase in the fur seal population, the seals having taken over penguin territory. Fur seals are growing in numbers throughout Antarctica, and the population seems to have recovered after the species ceased to be hunted.

Several of the Red Listed species covered by the ACAP-agreement (Agreement on the Conservation of Albatrosses and Petrels) are found around Bouvetøya. Only one of these, the southern giant petrel (Macronectes giganteus), has been recorded breeding on the island.

Bouvetøya was discovered by a Frenchman, Jean-Baptiste Lozier Bouvet, as early as 1739, but many years passed before it was rediscovered. The first of a series of Norwegian expeditions to Antarctica took place in 1927-28. It was funded by Lars Christensen. The expedition vessel was named “Norvegia”, so the expeditions have since been known as the “Norvegia” expeditions. They went ashore on 1 December 1927, hoisted the Norwegian flag and claimed Bouvet Island as Norwegian territory. The United Kingdom disagreed since it had claimed sovereignty as early as 1825. Following some diplomatic activity, Britain waived its claim in 1929. 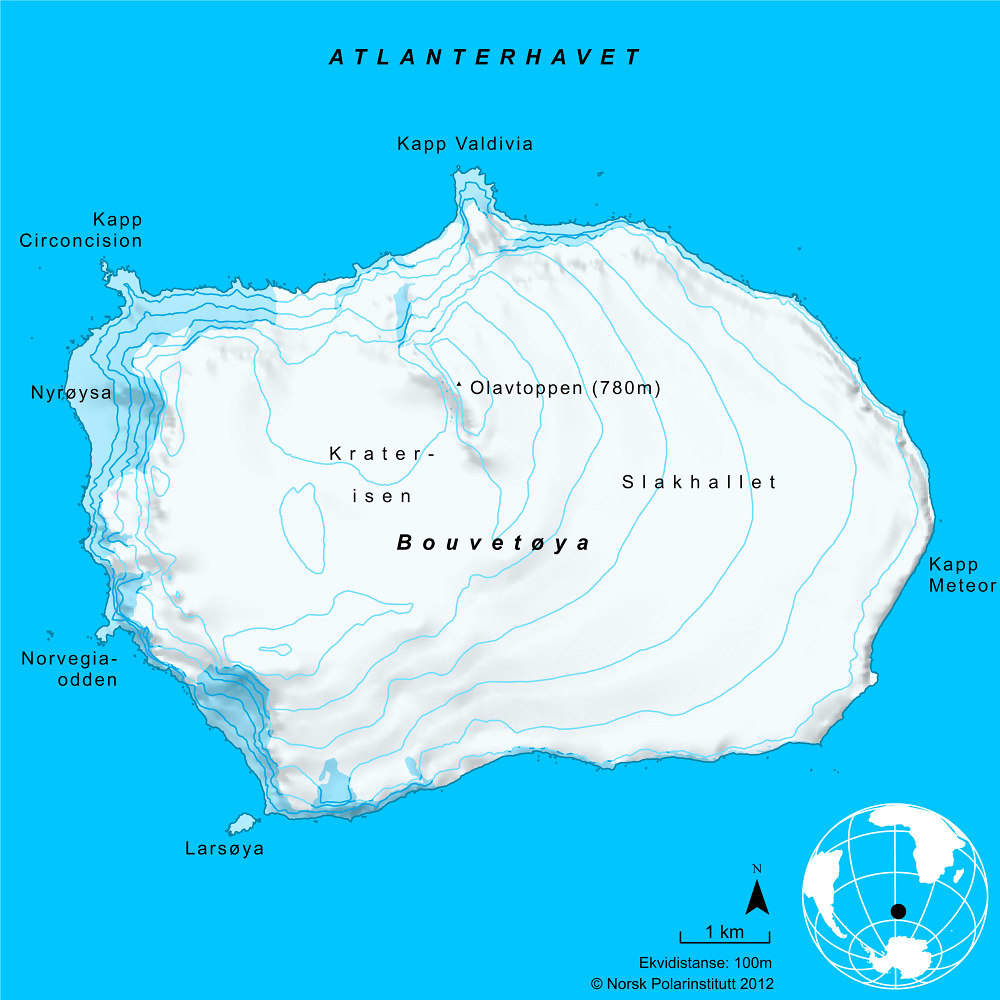