Troll research station in Jutulsessen is the base and starting point for biological, glaciological and geological field work during the summer season, and is a full-year base for continuous, long-term monitoring series in meteorology, radiation, atmosphere, upper atmosphere, environmental toxins and seismology.

Troll research station in Jutulsessen is the base and starting point for biological, glaciological and geological field work during the summer season, and is a full-year base for continuous, long-term monitoring series in meteorology, radiation, atmosphere, upper atmosphere, environmental toxins and seismology.

Troll is located around 235 km from the coast, at Jutulsessen in Dronning Maud Land, a central area for Norwegian research in Antarctica.

The station is manned all the year round. It can accommodate six people in the Antarctic winter and many more in summer.

Research at the station 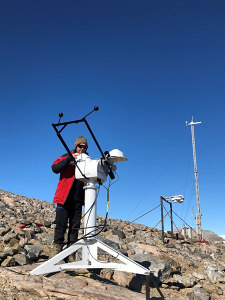 The Norwegian Polar Institute is developing a radiation station with measurements that meet the demands stipulated by the global Baseline Surface Radiation Network (BSRN). Insolation and radiation from sunlight and infrared light, and the processes that affect these, are extremely important in determining whether or not the snow surfaces in the area are melting. These measurements, along with continuous cloud measurements, are used to monitor such processes.

The nearby nunatak Svarthamaren, some 100 kilometres east of Troll, is home to the world’s largest colony of Antarctic petrels. Several pairs of snow petrels and Antarctic skuas are also found here. Researchers led by ornithologists from the Norwegian Polar Institute visit the area annually to study the population, adaptation to environmental changes and strategies for nest-building. Petrels live on krill in the marine environment, several hundred kilometres from Svarthamaren. In recent times, the number of pairs has declined sharply, with a reduction of 90 per cent over the last 20 years.

The Polar Institute’s glaciologists are currently involved in a number of projects in Dronning Maud Land: MADICE is investigating how the coastal region of Dronning Maud Land has changed over the last thousand years by examining drifting ice shelves and ice rises. ICE Rises and POLARGAP are other glaciological projects from the Polar Institute with a large fieldwork component working out of Troll. In 2018, the Polar Institute led a geological expedition aimed at re-mapping Jutulsessen and nearby nunataks. In addition to the mapping work, another goal is to contribute new research that will increase understanding of Dronning Maud Land’s geological development, focusing on metamorphic, structural and geochronological studies. 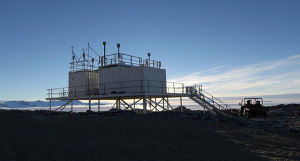 An atmospheric observatory run by NILU is located on Trollhaugen, 1,533 metres above sea level and 1 km east of the Troll research station. The work at the observatory includes characterising the composition of the atmosphere, measuring seasonal and yearly variations in the air masses and studying the transport of air pollution to the area. In addition, the observations are helping to interpret the trace element analyses of ice core specimens. The following components are measured: CO and greenhouse gases, the properties of aerosols, persistent organic pollutants (POPs), hydrocarbons, mercury, ozone and UV radiation. A large air sample is also taken every six months, contributing to an air archive for future analyses of new components and issues. The measurements were initially taken in 2007 closer to the station area, but were moved to Trollhaugen in 2014. 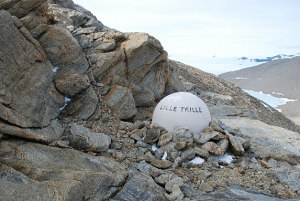 Since 2012, NORSAR has had a broadband seismometer located at Troll that can measure seismic activity (earthquakes etc.) both in the vicinity of the station and globally.

Seismology can also be used as a tool for studying cryospheric processes, and together with glaciologists from the Polar Institute, researchers at NORSAR have been examining the potential to track icebergs along the coast of Dronning Maud Land using data from the seismic station at Troll.

The University of Oslo is currently establishing instrumentation for automatic measurements of the ionosphere and space weather. During the 2017/2018 season, an instrument was installed that continuously measures scintillations and electron density in the ionosphere. Furthermore, during the 2018/2019 season, an All Sky Imager will be established at the station to observe the Southern lights.

Troll also facilitates international research collaboration, and in recent years the station has served as a base for microbiologists and geologists from South African universities, as well as a glacial geological project from Japan.

Those who plan activities at Troll must submit a notification to the Norwegian Polar Institute, who has roles as an authority exerciser, area manager and service provider, no later than one year before start-up.

In cases where the Norwegian Polar Institute is able to assist in accordance with the request, a written agreement on this will be signed.

Information to be provided when notifying research requests

Land use at Troll

As the operations manager, the Norwegian Polar Institute must ensure that the total level of activity, the future infrastructure development and land use at Troll is kept within a framework that takes appropriate account of research, the environment and the capacity of the basic infrastructure. The Norwegian Polar Institute is therefore responsible for approving all infrastructure established at Troll and thereby preventing unnecessary resource use, detrimental land use and unnecessary impacts on the surroundings.

Any request to establish, expand or change infrastructure within the area of the land-use plan must be notified to the Norwegian Polar Institute at least one year before start-up.

A land-use permit at Troll may not be transferred, leased or otherwise entrusted to another party, either in whole or in part.

Information to be provided when notifying establishment of infrastructure

Regulations for activity in Antarctica

Transportation to and from Troll

Transportation to and from Troll is conducted on a 3000-metre-long airstrip Troll Airfield, located on the blue ice seven kilometres from the research station. The airstrip is operative in the Antarctic summer, normally between November and February and is reserved for scientific activities and cannot be used by commercial operatives.

The Troll Airfield is operated from November to February and is primarily intended for transporting people and lightweight cargo. There is normally approximately two flights per month. Troll Airfield is only open to aircraft commissioned by national operators operating in accordance with the Protocol on Environmental Protection to the Antarctic Treaty. Aircraft which do not fulfil the defined safety and environmental requirements will be denied access to Troll Airfield.

The consignment of loads to be transported by ship from Europe begins around mid-November from Tromsø, with arrival at the unloading site in mid-January. All cargo will be unloaded at the ice edge and then transported to Troll by tracked vehicle.

Conditions for staying at Troll

Everyone staying at the Troll research station must

before departing to Troll

The new building is approximately 500 m2 in size and has six bedrooms, an exercise room, dressing room, a sauna, a large kitchen, a communications room and office space for all those wintering there.

Several separate buildings contain stores, sanitary module, workshop, environmental station, warehouse, power generator and garage, in addition to emergency living quarters for eight people at a safe distance from the main base in the event of a fire or other mishap.