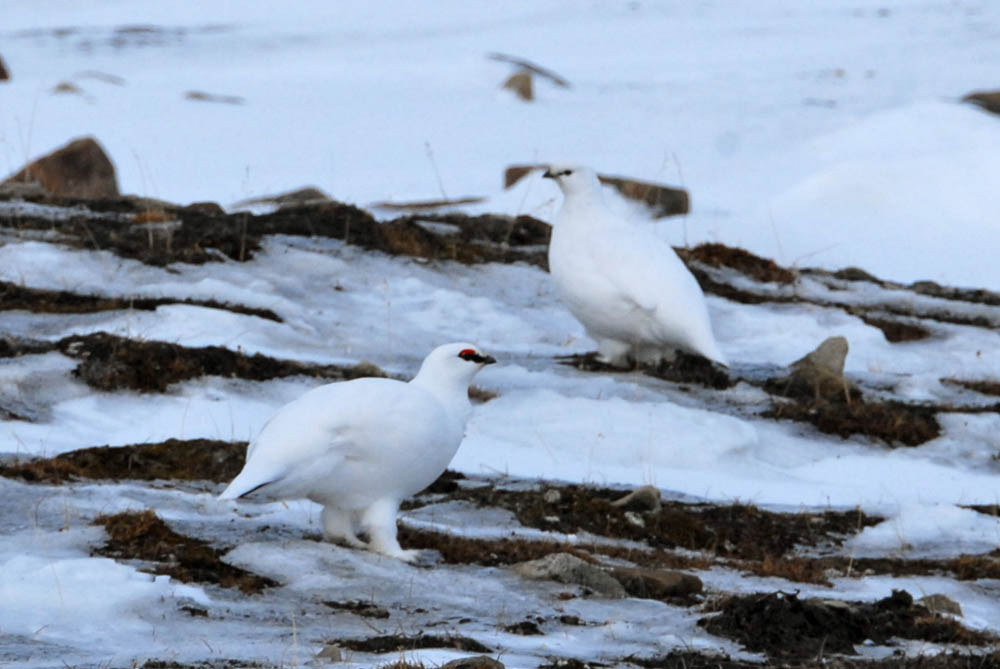 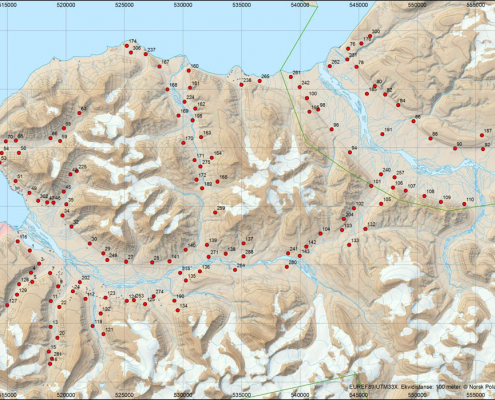 Our study area is approximately 1000km2 and is located on Nordenskiöld Land and Sabine Land in Adventdalen with side valleys De Geerdalen, Eskerdalen and Sassendalen. By using the point transect sampling design methodology we survey calling territorial males at approximately 145 fixed points in the terrain (see map) that we visit three times between 1st and 30th of April. From the survey points we record the number of males that we see and/or hear, then we measure the radial distance from the observer to the male seen on the ground by using distance binoculars.

Shortly after arrival at the breeding grounds the males establish a territory. A territory is a stationary area that one male actively defends against other males by showing territorial behavior. The cocks show territorial display by postures, by showing the red comb over the eye, and by calls (the characteristic “AARR-aa-ka-ka”). The males also show off by lifting their tail feathers and making calls in aerial chases (up to 70–80 metres above the ground). Direct and aggressive fights do occur between two or more adult male ptarmigans. Territories are slightly larger than a football field and can start from the valley bottom and extend up the hillside.