A hunter fine-tuned for the Arctic

Polar bears inhabit the Arctic. One of the world’s eight bear species, they are closely related to the brown bear. But, unlike other bears, polar bears are primarily carnivorous.

Polar bears inhabit the Arctic. One of the world’s eight bear species, they are closely related to the brown bear. But, unlike other bears, polar bears are primarily carnivorous. 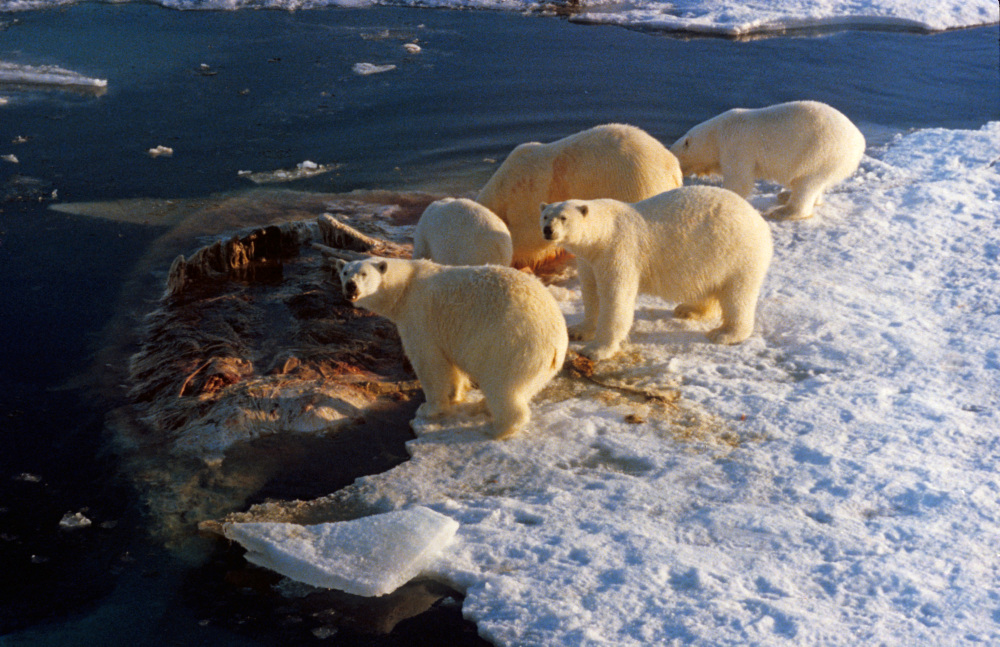 Furthermore, polar bears are a marine species, and largely spend their lives at sea. There, they mainly hunt for seals on the sea ice.

The ringed seal is their favourite prey

Several seal species depend on the sea ice and form part of the polar bear’s diet, but the bear’s most important food source is the little ringed seal.

The much larger bearded seal is also important food for polar bears, not least because a large bearded seal provides as much food as ten ringed seals. But in lean times, the polar bear is not picky and will eat most things, including birds’ eggs, whale carcasses, reindeer and plants. 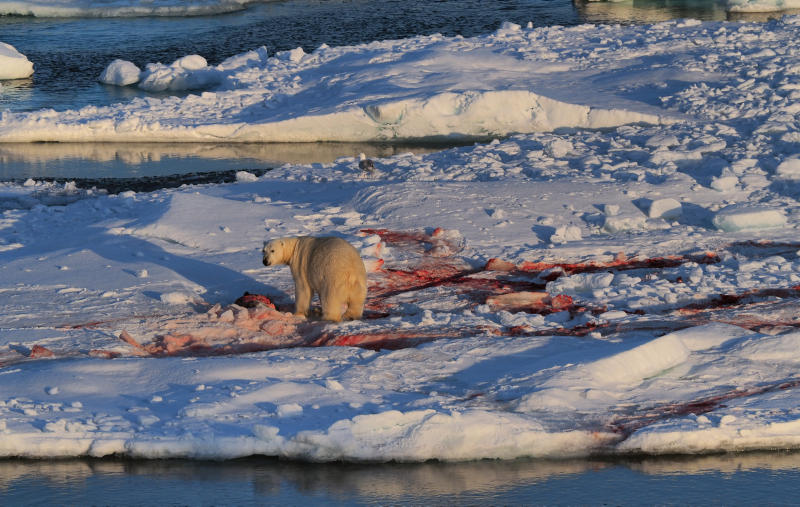 The polar bear is a large predator of extreme strength. A male bear can grow over two and a half metres long and weigh well over 500 kilograms. Female bears are notably smaller (just over two metres long and often around a couple of hundred kilograms).

In appearance, the polar bear differs from its close relative the brown bear in several ways, largely due to better adaptation to life as a hunter in the Arctic. The light (yellowish-white) coat provides good camouflage in snow-covered terrain. In addition, long guard hairs and a short, thick undercoat offer excellent insulation against cold air. A layer of fat, usually thick, under the skin provides excellent insulation in the water, which enables the polar bear to swim for several days at a time in ice-filled seas.

The polar bear’s sense of smell is exceptional. It can pick up the scent of a ringed seal on the ice from a great distance. Photo: Kim Holmén / Norwegian Polar Institute

The polar bear has sharper teeth than other bears. It has short, crooked claws, designed for hooking into prey, as well as giving good grip for climbing on the ice.

The polar bear’s sight is relatively good. It sees yellow and blue-violet light well, but green less so. Its hearing is good. Polar bears have an exceptional sense of smell. A polar bear can smell from afar a ringed seal in a den under a metre of hard-packed snow. This allows the bear to search across the ringed seals’ breeding grounds in spring on the hunt for pups.

Sprinting across the ice

The polar bear is, however, no long-distance runner. It is capable of sustaining 4 kilometres an hour over a long period (and trekking several hundred kilometres in a few weeks), but it quickly overheats at higher speeds.

But over short distances, it can reach very high speeds, and 20-30 metres are covered in next to no time. So keep your distance!

Many polar bear cubs die in the den

In Svalbard, female bears usually mate for the first time, in spring, when they turn five. The fetuses develop only in autumn, and the cubs are therefore very small (just over half a kilo) when they are born in a den in the snow in midwinter. By early April, they weigh perhaps 10 kg, and they are ready to leave the den with their mother. 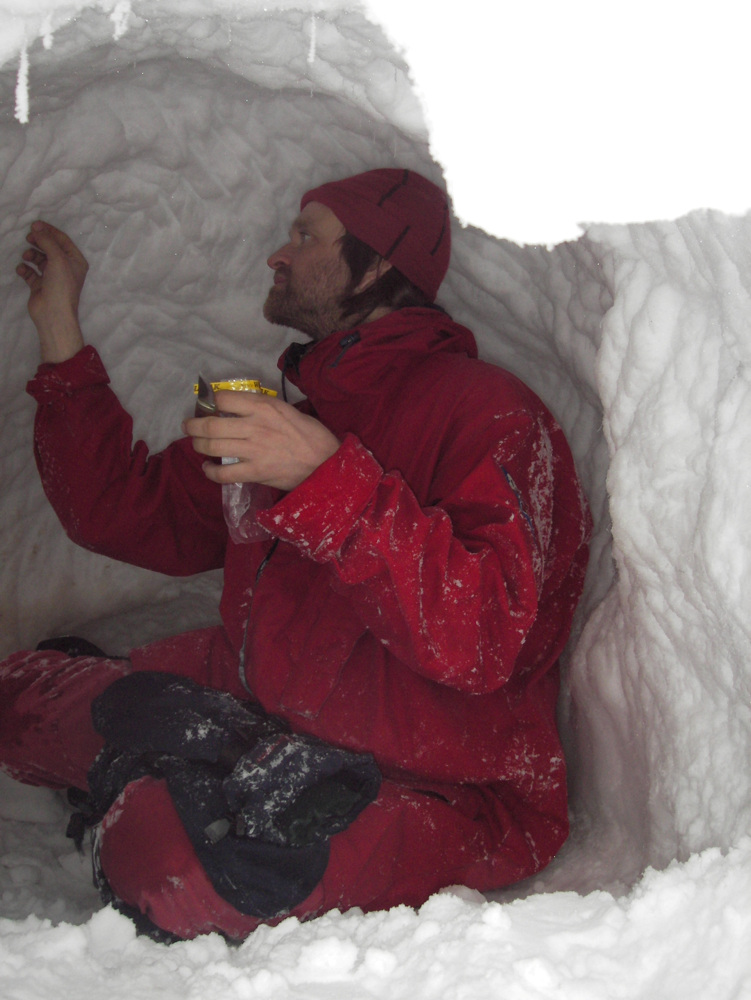 A female typically has two cubs, but one is often lost before they leave the den. If the cubs survive, they will stay with their mother until they are two and a bit years old, before they are weaned in the spring and the mother mates again. Adult polar bears typically live for 15-20 years, but sometimes more. Females bears that are well over 20 years old can still have cubs.

Some polar bears live almost their entire lives on the sea ice. Others hunt on the fixed ice in local fjords, and may have quite restricted habitats. These animals will have to go ashore in the summer and wait until the sea ice freezes before they can hunt ringed seals again. Meanwhile, some will hunt other animals on land, such as birds and reindeer, or largely remain still so as not to expend too much energy. 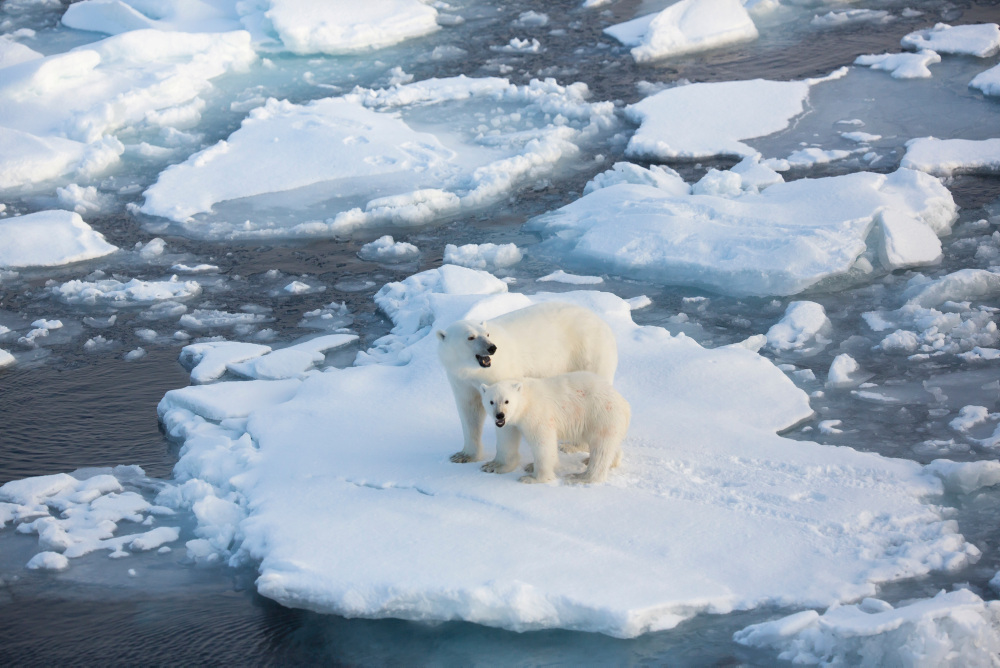 From extensive hunting to conservation and research on the king of the Arct...
Scroll to top