How to avoid conflicts between polar bears and humans?

In the worst case, encounters between polar bears and humans can end in someone being injured or killed, and a polar bear having to be euthanised. The world’s polar bear experts want to avoid that.

In the worst case, encounters between polar bears and humans can end in someone being injured or killed, and a polar bear having to be euthanised. The world’s polar bear experts want to avoid that.

Polar bears have had Red List status as vulnerable since 2005. Over the next decades, there are expected to be significantly fewer polar bears due to a sharp decline in sea ice, as also confirmed in the UN Climate Panel’s latest report on oceans and ice. The clear conclusion of the report is that climate change is occurring faster than climate scientists previously thought. The sea, ice and snow are changing dramatically. Glaciers will melt, the sea will continue to rise, ecosystems will change and valuable species will be lost.

The polar bear lives most of its life on the sea ice where it catches seals, and loss of sea ice will have an impact on its survival. 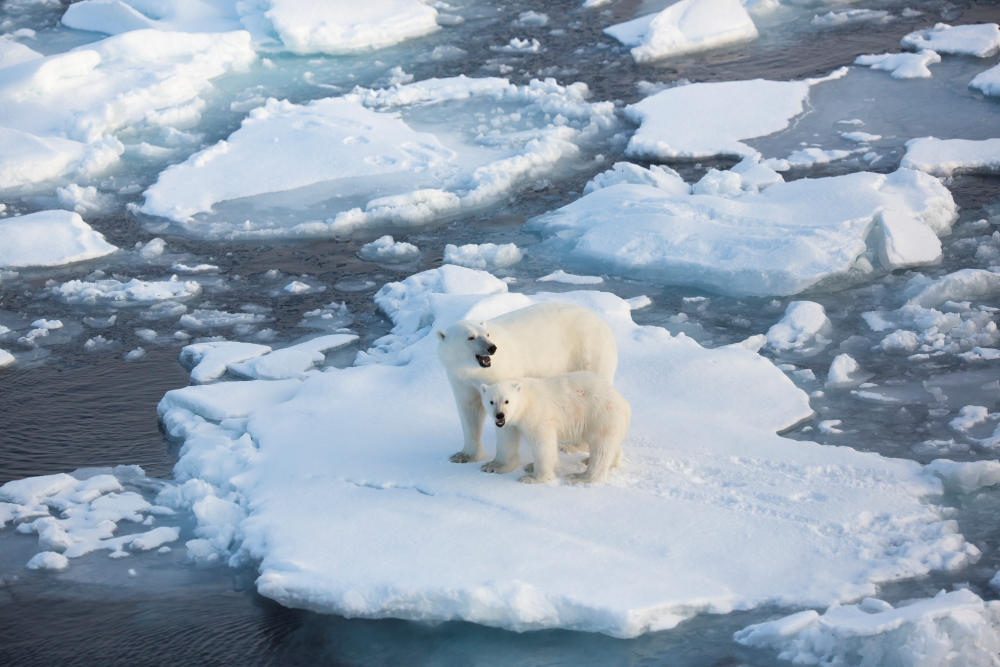 Over the next decades, there are expected to be significantly fewer polar bears due to a sharp decline in sea ice. This photo of a female polar bear with young was taken during the polar bear census of the Barents Sea population in the autumn of 2015. Photo: Jon Aars / Norwegian Polar Institute

In parallel with a warmer climate and the consequences this will have for ice-dependent species, attention is also focused on encounters between polar bears and humans. Less sea ice means that polar bears are more likely to come across humans due to the difficulty they have finding food. Such encounters often end in confrontation.

Polar bears prefer seal blubber, but seals are harder to obtain when the sea ice disappears, so they often have to find food in other ways. They may consequently seek out settlements in search of food”, says Vongraven. 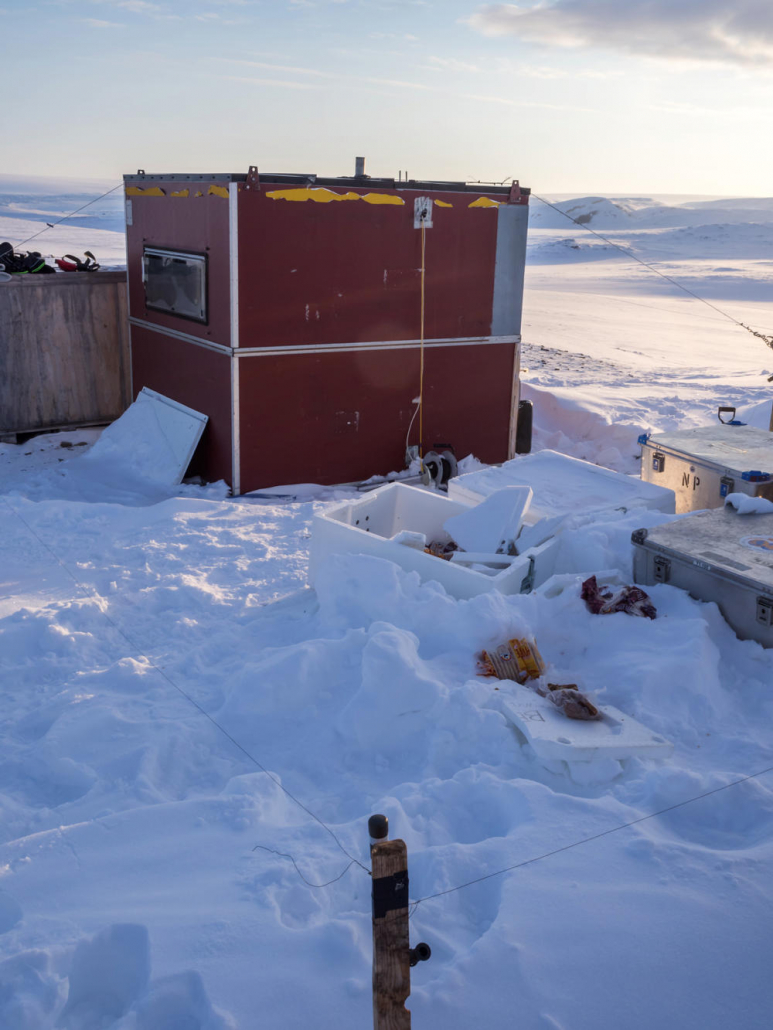 Less sea ice and fewer opportunities for finding their preferred food of seals are impelling polar bears to hunt elsewhere for food. Here, a cabin on Austfonna in Svalbard has sustained a polar bear visit, which has damaged crates of supplies. No people or animals were injured during the incident. Phto: Thorben Dunse / Norwegian Polar Institute

Confrontations between humans and polar bears are causing disquiet and headaches among polar bear experts, with little so far to suggest that the problem will subside. Forecasts for warming Arctic areas point to a drastic loss of polar bear habitat, along with the fact that the tourism industry is looking north.

– The growing influx of tourists into polar bear habitats may be creating new threats, says Vongraven 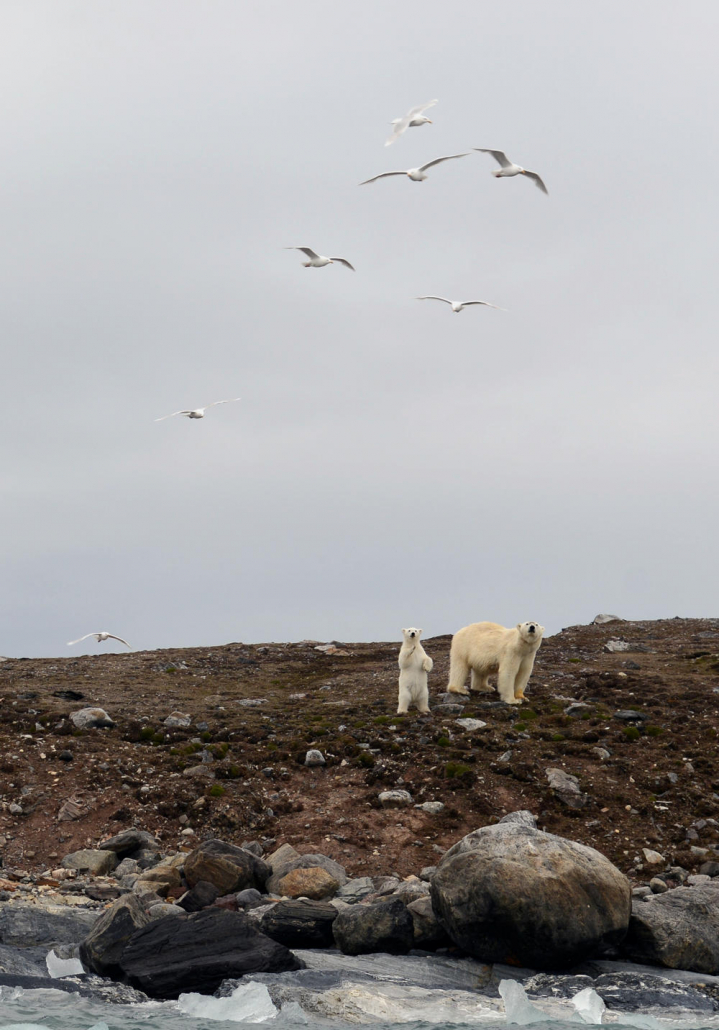 It is increasingly common to see polar bears seeking out bird nesting areas in their search for food. This photo shows a female and young on a bird islet near Ny-Ålesund in Svalbard. Photo: Geir Wing Gabrielsen / Norwegian Polar Institute

Norway is one of five nations in which polar bears live. In 1973, Norway signed the Agreement on the Conservation of Polar Bears, along with Canada, Denmark (Greenland), the United States and the Soviet Union (now Russia). These countries manage the world’s polar bear populations and, under the agreement, are committed to protecting polar bear ecosystems.

Over the past decade, specialists from the polar bear countries have met regularly and more frequently due to the serious threats that the species faces.

Senior Adviser Dag Vongraven participates both as a representative of the Norwegian administration and as head of the polar bear specialist group under the International Union for Conservation of Nature (IUCN). Vongraven’s work in the IUCN is a direct result of Norway’s role in protecting polar bears.

You can read more about the action plan for polar bears on the website of the Agreement on the Conservation of Polar Bears.

The Norwegian Polar Institute has been conducting research and monitoring polar bears in the Norwegian Arctic since the 1960s, and over the years the institute has acquired a lot of knowledge about the species. In Svalbard, research on pollutants, disease, demographics and climate impacts is now being prioritised. Between 50 and 100 polar bears are tagged or recaptured each year. Samples are taken from them for various analyses, and some are fitted with satellite transmitters that report on how they migrate throughout the year. In the coming years, there will be a particular focus on how ice conditions affect the number of reproductive females and the survival of polar bears of different ages.

Notify
From extensive hunting to conservation and research on the king of the Arct...