The hunt for climate answers in Fram Strait

Each year at the end of the summer, scientists and technicians from the Norwegian Polar Institute head out on the annual cruise to Fram Strait, the gateway to the Arctic between Svalbard and Greenland.

Each year at the end of the summer, scientists and technicians from the Norwegian Polar Institute head out on the annual cruise to Fram Strait, the gateway to the Arctic between Svalbard and Greenland.

At this time of the year, the sea ice in the Arctic Ocean is at its minimum extent, just before it will start to grow again in the autumn and winter season.

A key area for research

The Fram Strait is considered a key area for research on climate change in the Arctic. The exchange of water masses that takes place here between the Arctic and the Atlantic  is important to understand the effects of ongoing climate change in the Arctic as well as the Atlantic Ocean. Yesterday, the a Norwegian icebreaker set sail to Fram Strait. This year, like last year, the cruise will take place with the new research vessel Kronprins Haakon, which will carry 24 scientists, students and technicians to and from ~79°N, east of Greenland.

The main focus of the cruise is to study how oceanic and climatic change influence the export of freshwater and sea ice from the Arctic to the North Atlantic. This is the topic of  the newly funded FreshARC project at the Norwegian Polar Institute. Since the 2000s, freshwater has accumulated in the Arctic Ocean, while at the same time sea ice has decreased and the upper ocean has become warmer.

Large amounts of freshwater from the Arctic could impact the ocean properties and circulation further south in the Atlantic since freshwater – and warm water –  are lighter than salt water, says cruise leader Laura de Steur, from the Norwegian Polar Institute.

What happens if the ocean circulation changes in the North Atlantic Ocean?

If the ocean circulation changes, for example, by reducing the sinking of dense water, because of exceptionally large amounts of freshwater, that may have an impact on the weather and climate in Europe, according to de Steur. 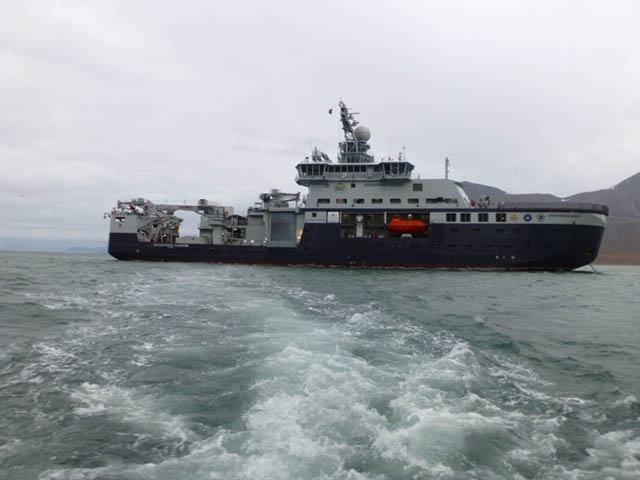 The sea ice is reduced

During the last 50 years, the Arctic has warmed more  twice as much as  the rest of the world. The extent of sea ice in the wintertime has never been so small since  satellites started yielding images of it  in  the 1980s. Observations from the 1990s show that Arctic sea ice  stayed about the same thickness even though sea ice extent was already beginning to shrink. Since 2005, there has been a large loss of multi-year ice, which is sea ice that has survived several years. Throughout the year, sea ice drifts through the Fram Strait to the south. It is of varying thickness, varying from 10-50 cm first-year ice to ridged ice that can be 40-50 m thick.

During the cruise, scientists will investigate how much the total amount of freshwater in the ocean and in the form of sea ice exported through the Fram Strait has changed relative to earlier years. 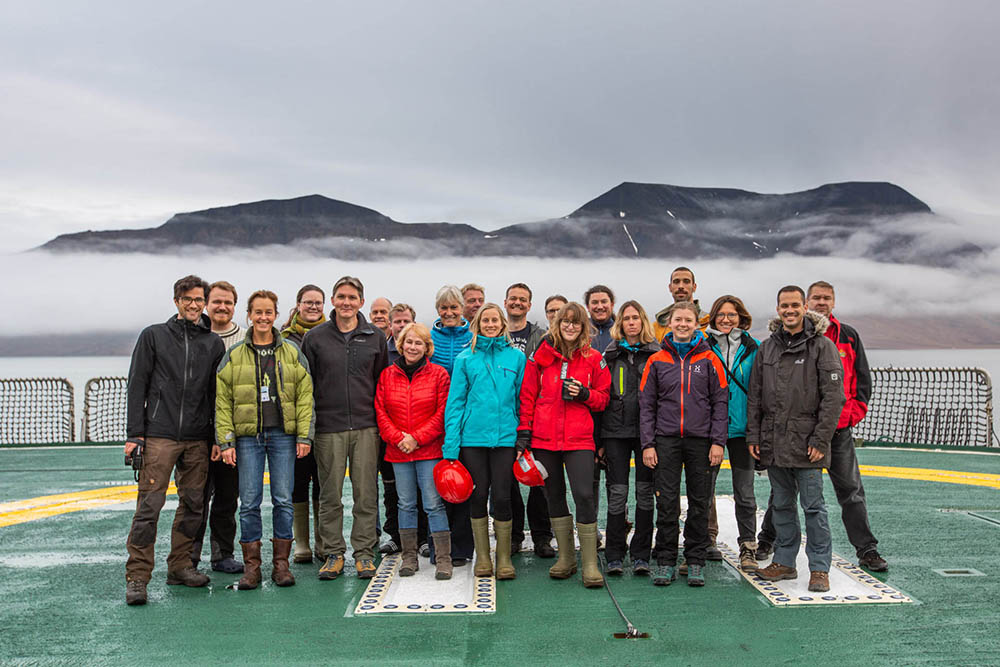 To get the highest-quality information, researchers use data from the Fram Strait Arctic Outflow Observatory. This comprises an array of instruments connected to wires anchored to the sea floor that the Norwegian Polar Institute has maintained since 1997. The instruments record temperature, velocity, salinity and sea ice thickness, year-round. Scientists will combine data from the early 1990s with newer measurements up to 2020.

This time series will give us insights into changes, trends and variations in the export of freshwater and sea ice during the last 30 years, says de Steur.

Thirty years is the span of time that we need to understand how the climate is changing and how this is affecting the ocean. 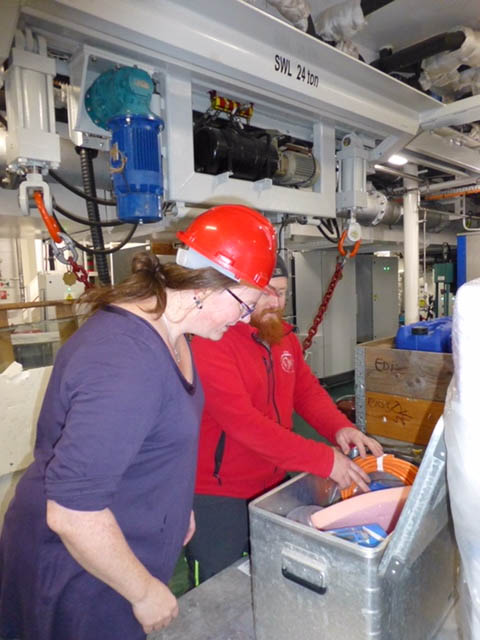 The researchers will also employ computer modelling to see how variations are linked to regional changes in circulation and other conditions in the Arctic Ocean.

The goal of these studies is to achieve a better understanding of climatic and oceanic changes in the Arctic and the North Atlantic oceans.

Understanding these changes in the region is crucial to improving our climate predictions for the future, says de Steur.

During the research cruise, the scientists will also measure the temperature of Atlantic water, which plays a part in what is happening to Greenland’s glaciers. They will also examine microplastics in sea ice, investigate ocean acidification and study the distribution of different whale species.

The Fram Strait cruise will last 16 days. Returning to their offices afterward, the scientists will begin the work of analysing the data, comparing results with those found in other parts of the Arctic, and eventually disseminating their findings among other researchers and the general public through publications and the media.

Stay tuned to this site for photos and updates from the cruise, as well as the results when they are ready.

The East Greenland Current: a conveyor of Arctic climate change
Scroll to top