Satellite collars tell us the polar bear’s location at different times of the year.

Satellite collars tell us the polar bear’s location at different times of the year. 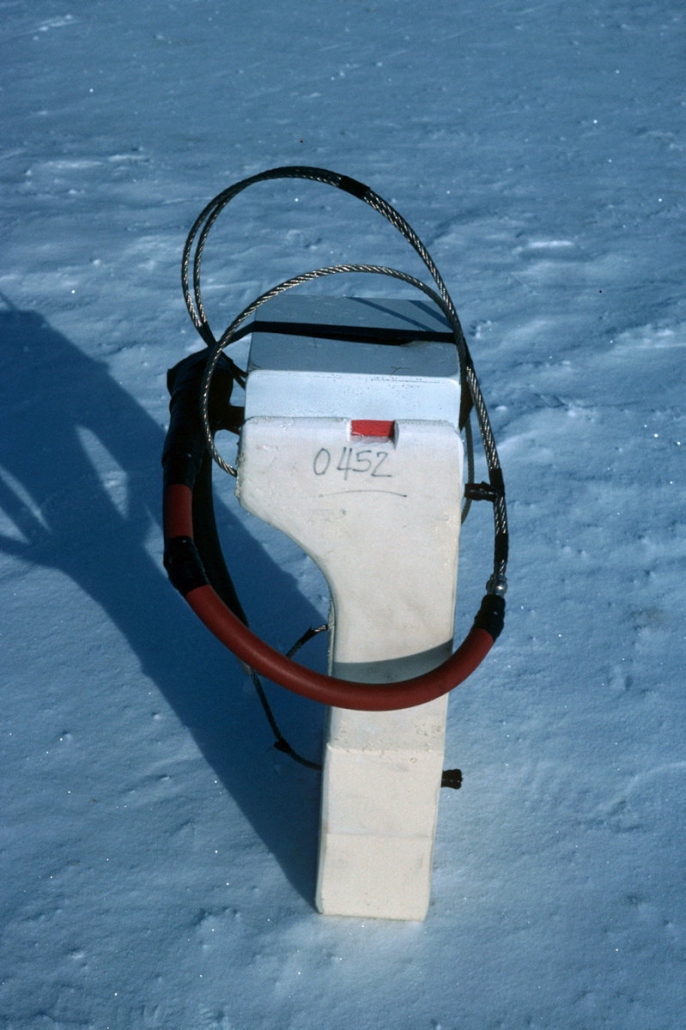 The first studies of polar bears using collars with satellite transmitters were from Alaska. Thor Larsen of the Norwegian Polar Institute attached the first transmitters to polar bears in the Fram Strait in 1979. From 1988, female bears were fitted with collars every year. Collars were only fitted to females, since the male bear’s neck is so thick relative to his head that the collar slides off.

Mette Mauritzen was able to demonstrate in the early 2000s that polar bears from Svalbard had two completely different migration patterns. Some polar bears were very local, and remained around the archipelago all year round, often in restricted habitats. Others roamed over large areas and lived along the ice edge for much of the year (“pelagic” polar bears). Furthermore, it became clear that the polar bears in Svalbard belonged to a Norwegian-Russian population, the Barents Sea population. The pelagic bears stayed in approximately the same areas for the same periods year after year. They could be in the Svalbard area in winter and migrate to the ice edge or Franz Josef Land in spring or summer. Furthermore, it became clear that polar bears that remained on the ice edge had to travel continuously towards the ice in order to remain in approximately the same location (due to ocean currents). It takes a lot of energy to be a polar bear up on the ice edge, but these bears are then able to hunt seals all year round, while polar bears in Svalbard have to manage with a leaner diet when they remain on land during the ice-free period during summer. 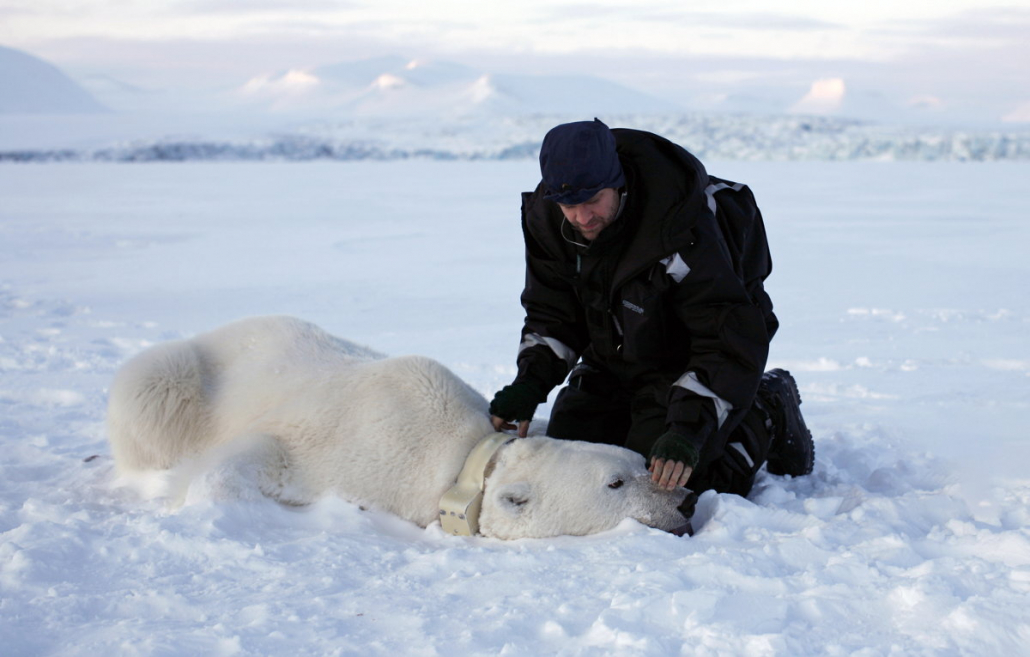 In the late 1990s, Øystein Wiig from the Norwegian Polar Institute used data from female bears to examine both survival and reproduction. He found that the annual survival rate for adult females was about 96%, and about half of the females denned each winter to give birth to cubs. A female bear in Svalbard spends more than two years weaning cubs. So if polar bears den more often than once in three years, it is because they have lost a litter before it was weaned, and are then able to mate again and den within less than three years. Accordingly, the finding that females denned on average every other year showed that many young litters fail to survive.

The Norwegian Polar Institute has recorded many hundreds of polar bear dens over the years, from both direct observations and from satellite transmitters. Based on this, a map emerges of the denning areas the polar bears use. Kong Karls Land and Edgeøya and northern parts of Nordaustlandet are areas where a good number of polar bears have denned, but in recent years we have had fewer bears on Kong Karls Land because the ice often does not surround the islands in autumn when the females are looking to den. Hopen was a good denning area in the past, but now rarely has sufficient sea ice in autumn for the females to reach it. Some females with satellite collars have denned both at Hopen and in Franz Josef Land in the Russian Arctic. More locally, we have studied where the females are actually able to make dens, which requires a lot of snow, and which must have already settled in autumn. With terrain models and precipitation and wind data, it is possible to model where the snow will settle. Maps based on this correlate with where the females actually do den, so we know which areas are particularly important for the bears. 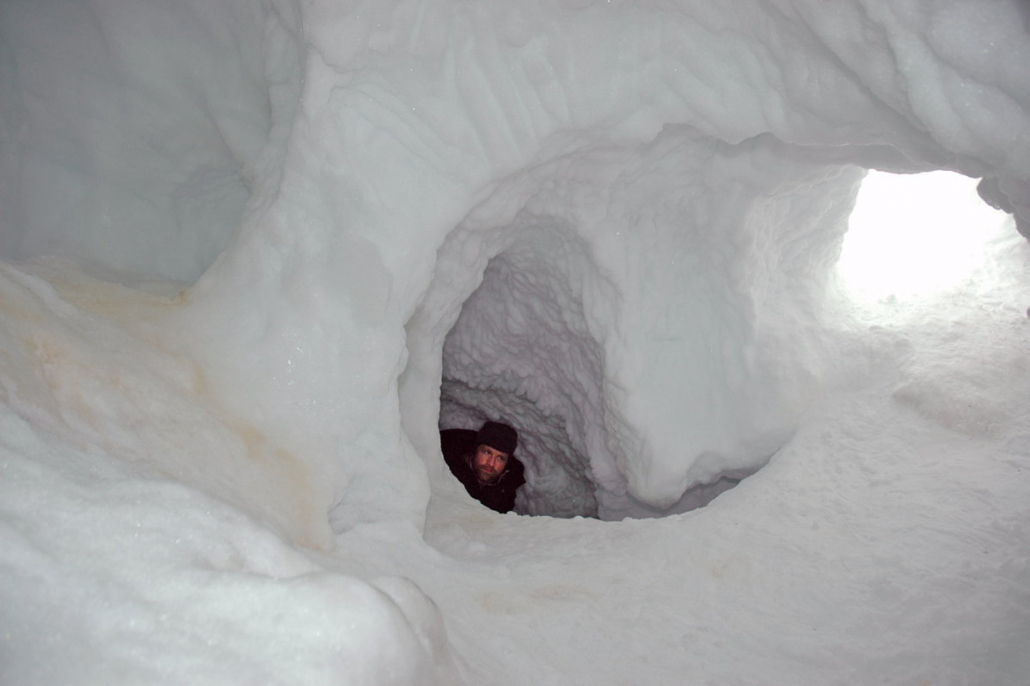 Polar bears in the den

It is only polar bear females that are expecting cubs that den in the winter. Three different studies from Svalbard have examined when bears enter the den and when they leave the den, based on data from satellite collars. This varies according to the age of the mothers and the conditions in different years. There is quite a large variation in when they den in autumn, but less variation in when they leave the den in spring. If a female is late going into the den, she also spends less time in the den. It is important for the mothers to start hunting in spring at a time when it is easy to catch ringed seal pups. Local polar bears use the same denning areas year after year, and satellite data shows that daughters use the same areas as their mothers did and which are then retained from generation to generation.

Where do the polar bears go?

Several studies, both from Svalbard and elsewhere in the Arctic, have shown that polar bears living on the ice edge prefer sea ice that is not too dense, and not too old and thick. They rarely move far north of the ice edge. But there are exceptions. A bear from Svalbard migrated north three years in a row, to between two and four hundred kilometres from the North Pole. Polar bears from Svalbard rarely cross over to Greenland, but often to Franz Josef Land. Most pelagic polar bears from Svalbard migrate within a belt less than 200 kilometres north of the ice edge, regardless of how far north the ice edge is situated. This zone is highly productive, there are a lot of seals to hunt, and the ice conditions make it possible to capture them. What about the local Svalbard bears? They may wander well out onto the sea ice, but when they come ashore after the ice has gone, they are typically sedentary and do not migrate over large areas. The pelagic bears not only travel much further, but also much more often than local bears

It was previously assumed that polar bears could swim long distances, but now we know how much they swim, when they swim, and what distances they swim. We have recorded trips of 100-300 kilometres, stretching over three to four days. Twenty to thirty years ago, such long swims were almost never necessary. In recent years, the distance between Svalbard and the ice edge has often been large due to diminishing sea ice.

Although the females are good swimmers, long swims consume a lot of energy. We are also seeing large seasonal changes. In winter and early spring there is a lot of sea ice, and less need to swim. Small cubs are not well insulated in water, and the transmitters show that females with cubs rarely enter the water in the spring. Only in late summer will females with cubs swim more frequently.
In addition to being good swimmers, polar bears also dive. We have measured dives by means of pressure gauges. Dives of up to five or six metres are not uncommon. More rarely, they will dive down to ten meters, and the most we have recorded is 13.9 meters. Polar bears dive for kelp, or they dive between ice floes when hunting for seals.

We want to know the size of the different polar bear populations. There are 19 populations worldwide (in Canada, Greenland, USA, Russia and Norway). Data from satellite collars combined with observations indicated that the Barents Sea population consisted of about 3,000 polar bears in 2004. About 300 of these remained around Svalbard while the rest migrated up into the ice or in the Russian Arctic. In 2015, the number of polar bears in Svalbard was about the same, and there were probably at least as many polar bears as before up on the ice edge

A number of studies on the occurrence and impacts of pollutants in polar bears have been performed on our population. Exposure to different toxins varies widely between different areas. By knowing where polar bear migrate to, we can understand where they ingest different toxins.

More of the sea ice around Svalbard and elsewhere in the Barents Sea is expected to disappear in the coming years. This will have a negative effect on the polar bears, but its extent is uncertain and will depend on the size of the changes. The use of satellite collars will be important in monitoring this. We anticipate that diminished sea ice will lead to longer swims for female bears between dens and hunting areas. Some pelagic females may be unable to reach the ice edge from Svalbard if they are accompanied by small cubs. The collars will tell us if the females are likely to den and produce cubs after a challenging year of poor sea ice conditions. 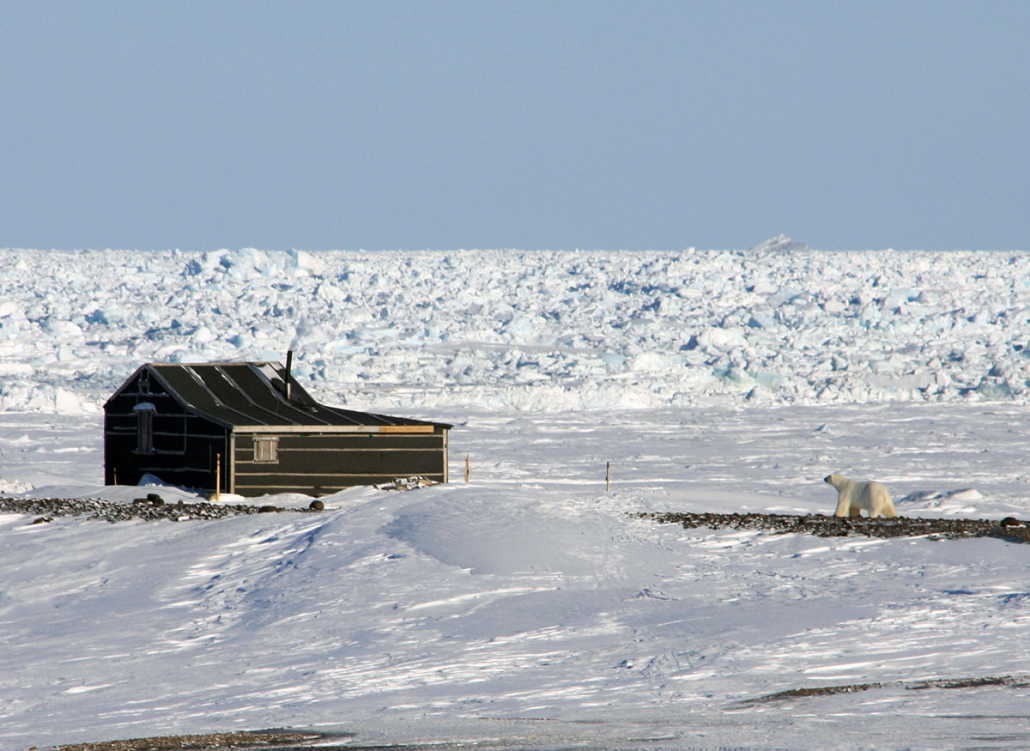 A polar bear approaches a cabin.

Some females live in the Isfjord area, and could potentially come into Longyearbyen. Newer collars collect positions more frequently, and transmit data at intervals of a few hours, when the polar bear is closer to the settlement than 25 kilometres. In this way, we have almost continuous data on the location of a bear if she approaches the settlement. Some polar bears repeatedly break into cabins. Collars on females in the Isfjord area have revealed more about this behaviour, and which bears specialise in it. In some cases, data from the transmitters is used to alert field parties or others about polar bears in different areas. This can reduce the risk of confrontations that can lead to dangerous situations, for people and polar bears alike.

For many years, WWF has supported polar bear research, both in Svalbard and elsewhere in the Arctic. They have a website where you can track a selection of bears with collars and see where they go.