The polar bear lives in the Arctic, in seemingly pristine circumpolar regions far from industrial activity and human influence. But research shows that the polar bear nonetheless carries traces of human activity. Our largest predator is vulnerable to a major threat that is microscopically small, and hence invisible to the naked eye... environmental pollutants.

The polar bear lives in the Arctic, in seemingly pristine circumpolar regions far from industrial activity and human influence. But research shows that the polar bear nonetheless carries traces of human activity. Our largest predator is vulnerable to a major threat that is microscopically small, and hence invisible to the naked eye... environmental pollutants.

Even though polar bears live in places where few people have ever set foot, many chemical products from industrial regions find their way to these areas through air and ocean currents. Many of these substances do not break down but enter into circulation in the Arctic and end up in the food of polar bears and other Arctic fauna. 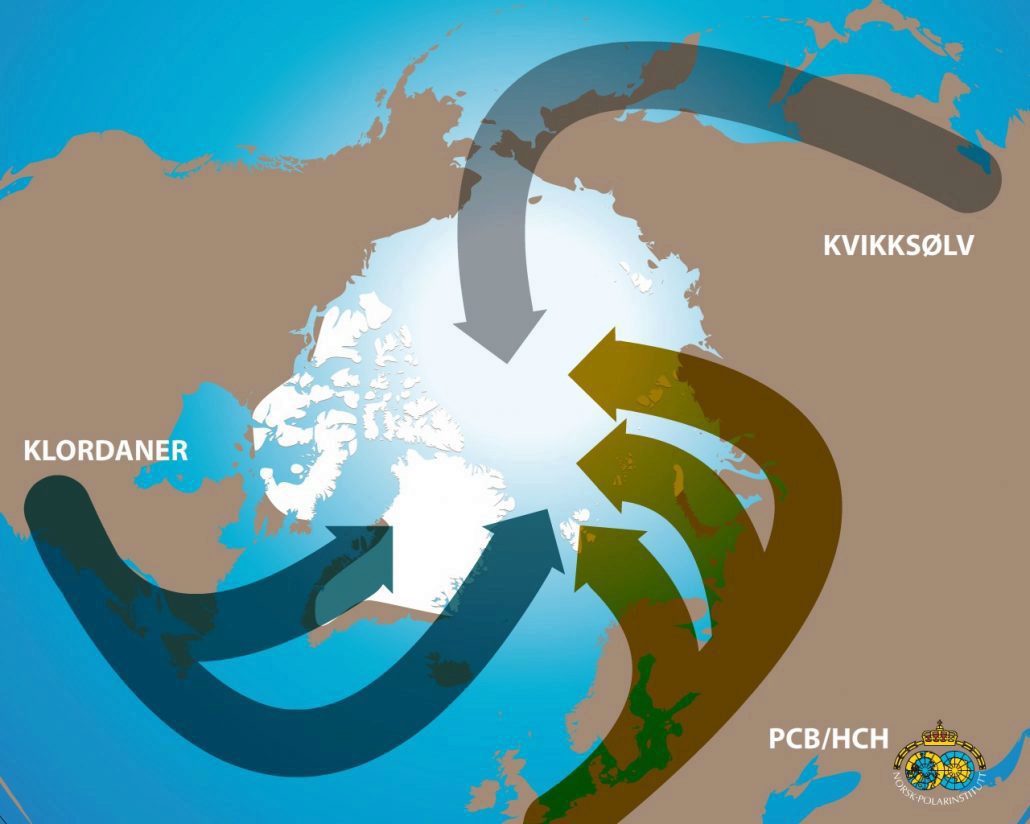 Dangerous at the top

The polar bear sits at the top of the food chain. It eats seals, which eat fish, which eat zooplankton, which eat phytoplankton. Most of the uptake occurs through feeding, but plankton and fish can also take in pollutants directly from the water they swim in. Seals eat fish in abundance, and all of the food that the plankton, fish and seals have eaten has its final destination in the polar bear, where the toxins accumulate. Most toxins are stored in fatty tissue, and the polar bear prefers to eat fatty foods, such as seal blubber. Fat provides essential energy, and insulates against the cold. At times of plenty, with easy access to food, the bear builds up fat reserves it can call on in leaner times.

Polar bears in the Barents Sea have high levels of toxins in their bodies. It could be said that some individuals have the same level of pollutants in their bodies as people living close to large fluorochemical-emitting factories in China. We ourselves are at the top of the food chain – which means that environmental pollutants are also a danger to us. 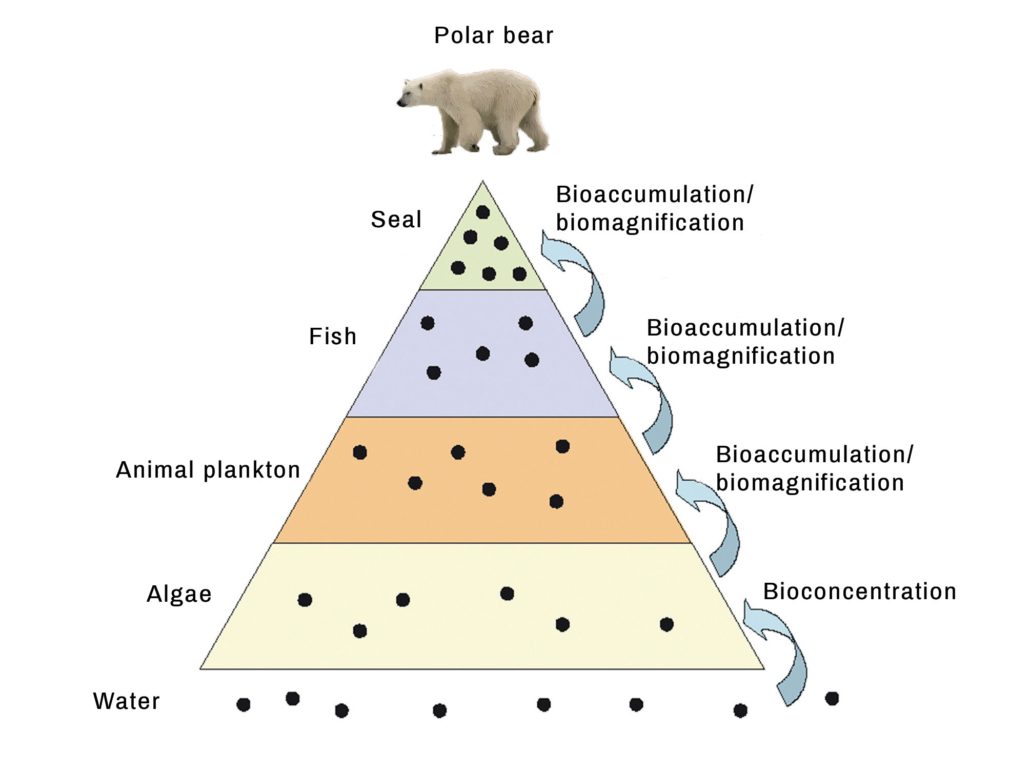 The Barents Sea ecosystem is an Arctic marine food chain, and toxins accumulate in polar bears at the top of the chain. Illustration: Norwegian Polar Institute

A tough start to life

When the she-bear goes into hibernation in order to give birth, this is naturally a period without food, and she fasts for several months, drawing on her fat reserves. And this is when it happens. The microscopic toxins wake up from their slumber in the bear’s fat reserves and migrate through the bloodstream, ending up in the brain and liver, where they can cause damage, affect the hormone and immune systems and cause the bear stress.

Female bears are able to expel the toxins from their body when feeding their cubs. The high-fat polar bear milk transfers the toxins from mother to child. The vital milk makes the polar bear cubs grow quickly, and they weigh around 10 kg when they leave the den. But the cubs are now carrying the toxins, with levels of fat-soluble toxins in their blood more than twice as high as their mother – this is a bad start to life. Environmental toxins, this so-called invisible enemy, affect the polar bear from within. Secreted within the body, they act in various ways, most often in lean times. Impact studies of polar bears have shown that the toxic load can affect the activity of important molecules in the brain, the immune system and hormones that are important for developmental processes and energy metabolism. Toxins can also interfere with fat-storage and fat-burning processes in polar bears.

The Arctic – a warning light The glaucous gull, like the polar bear, is at the top of food chain and, for both, rearing their young is a stressful time, with many mouths to feed. This glaucous gull died on the nest with its young and turned out to have high levels of toxins in its body. Photo: Hallvard Strøm, Norwegian Polar Institute

Since the 1970s, efforts have been made to ban PCBs and chlorinated pesticides, and in 2004 an international ban (the Stockholm Convention) was adopted, ensuring that the main sources of emissions have ceased. But these substances are still found in the Arctic environment. New pollutants are also emerging, which will eventually find their way to the Arctic.

If a substance is persistent in the environment, transported over long distances by air and ocean currents and accumulates in the food chain, it meets three out of four criteria for international regulation through the Stockholm Convention. The fourth criterion is toxicity, which is very difficult to demonstrate in Arctic animals. The traditional method has been to look at correlations between environmental toxin levels and, for example, hormone levels (or structures in tissues), or to compare levels to threshold limits for effects in other animals. In recent methods, thousands of genes or small molecules are often analysed simultaneously to understand which processes in the bodies of polar bears may be disrupted by toxins. New research has also yielded information on how toxins affect polar bears at the molecular and cellular levels, which is important for understanding the relationships between cause and effect. 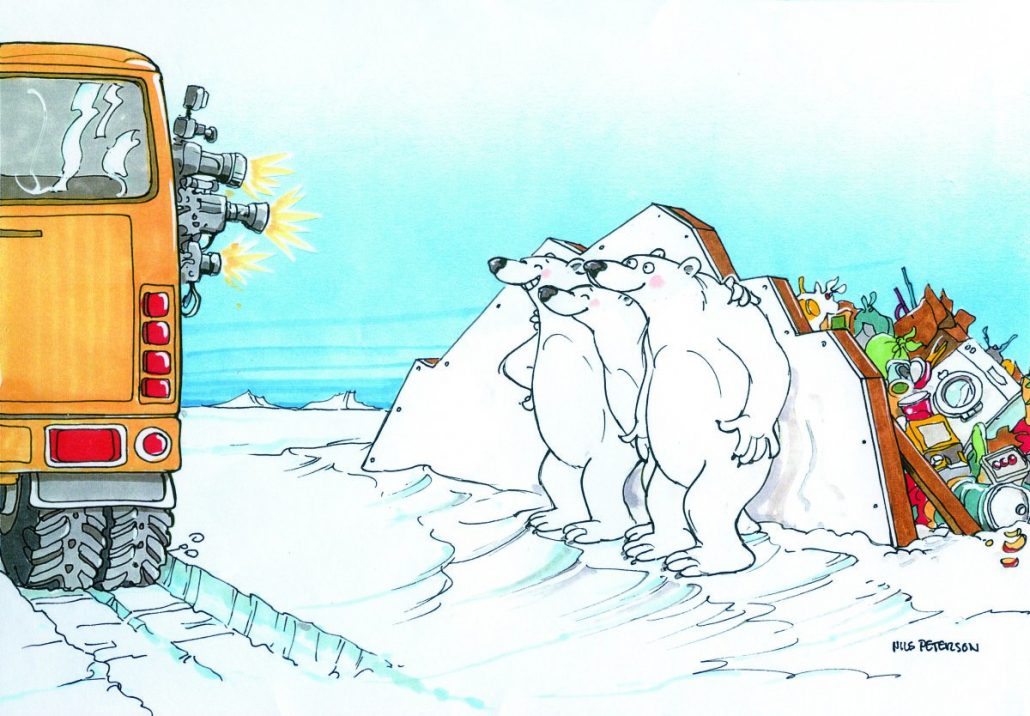 The polar bear population in Svalbard is monitored by scientists at the Norwegian Polar Institute, and blood and fat samples are taken from the bears each year. These samples are used to monitor the presence of new toxins, time and geographical trends in known toxin levels, as well as the effects of toxins. For known toxins, the analytical methods that have been developed work well, but new pollutants often require other methods of analysis, which can take a long time to develop.

Environmental toxicologists work tirelessly to gain a picture of how wildlife is exposed to and impacted by pollutants. Since it is not just pollutants that are threatening polar bears, but also climate change, it is important to monitor the population over time. Long time-series make it possible to determine the impact of the regulation of pollutants on Arctic wildlife and provide the authorities with the knowledge to regulate or ban new pollutants. 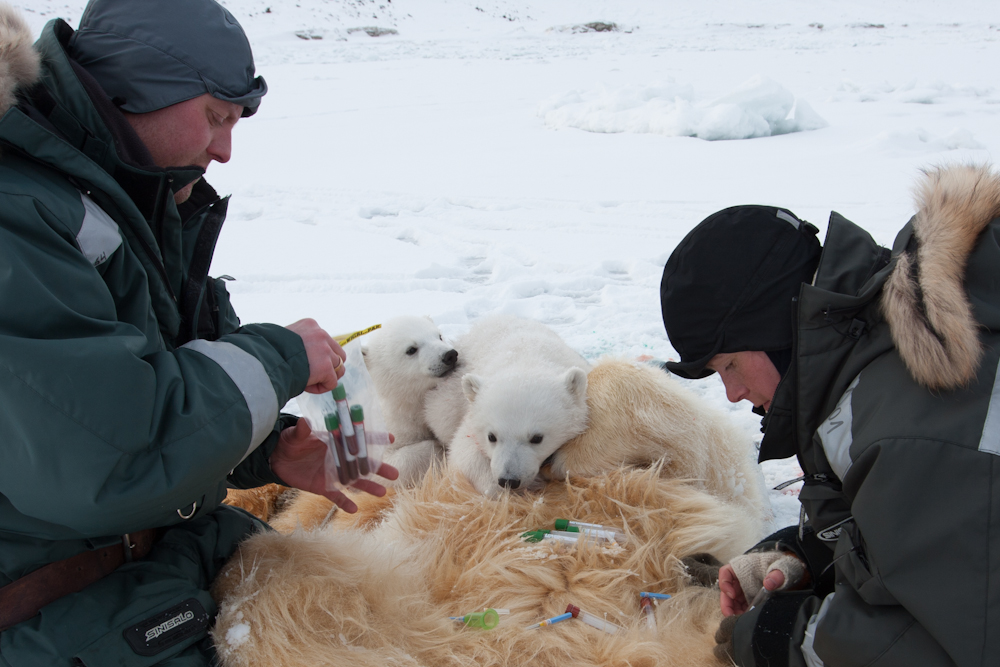 Polar bear scientist Magnus Andersen and environmental toxicologist Heli Routti of the Norwegian Polar Institute have anaesthetized a female with cubs and are taking various samples from the animal in order to determine the amount of environmental toxins the polar bear has in its body. Both blood and tissue samples are taken. Photo: Jon Aars, Norwegian Polar Institute

At the same time, there is another external threat to the future of polar bears – a warmer climate. Scientists tend to look at these two factors in conjunction. In the Arctic, climate change is happening much faster than elsewhere. The temperature is increasing, causing the sea ice to decrease, restricting the polar bear’s habitats and access to food. Fasting is a stressful situation for the animals. A lot happens in the body; the animal has to maintain an adequate energy supply to all its organs while toxins are being released from its fat reserves. Studies show that when sea ice is scarce, it becomes more difficult for polar bears to catch seals and many bears go hungry. They then consume their fat reserves, and we find higher levels of toxins in the bodies of hungry polar bears. So there is a clear correlation between access to sea ice, how well fed the polar bear is, and toxins in the body. Arctic ice reached its second lowest extent in September 2020. The yellow line is the ice distribution (median) for the period 1981–2010. Photo: NASA 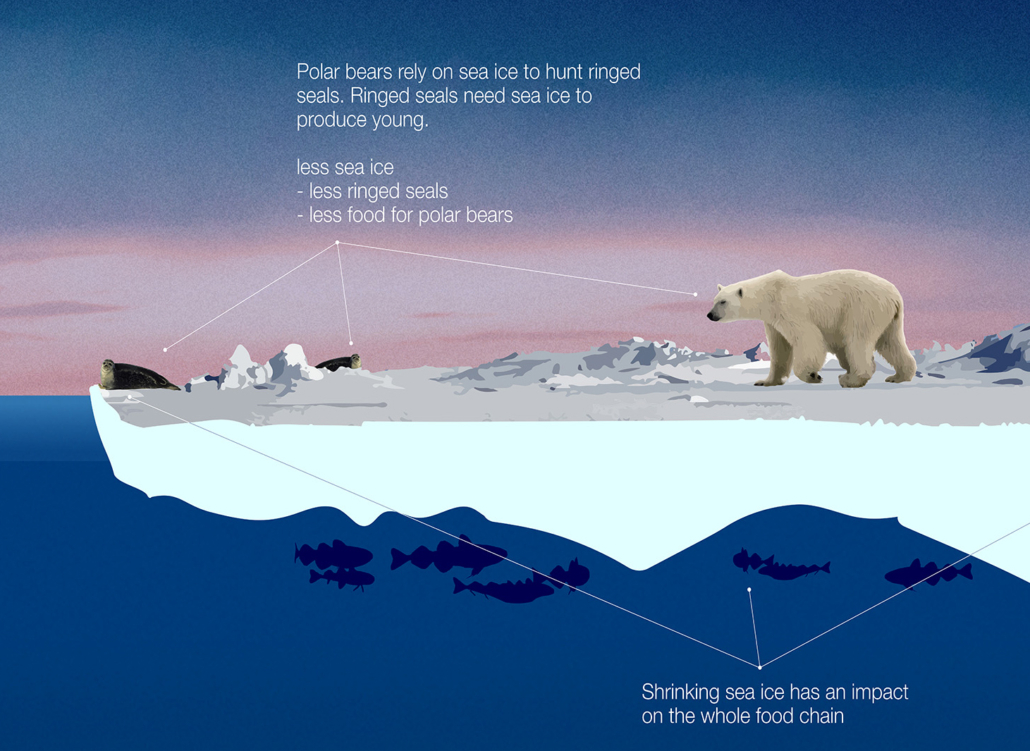 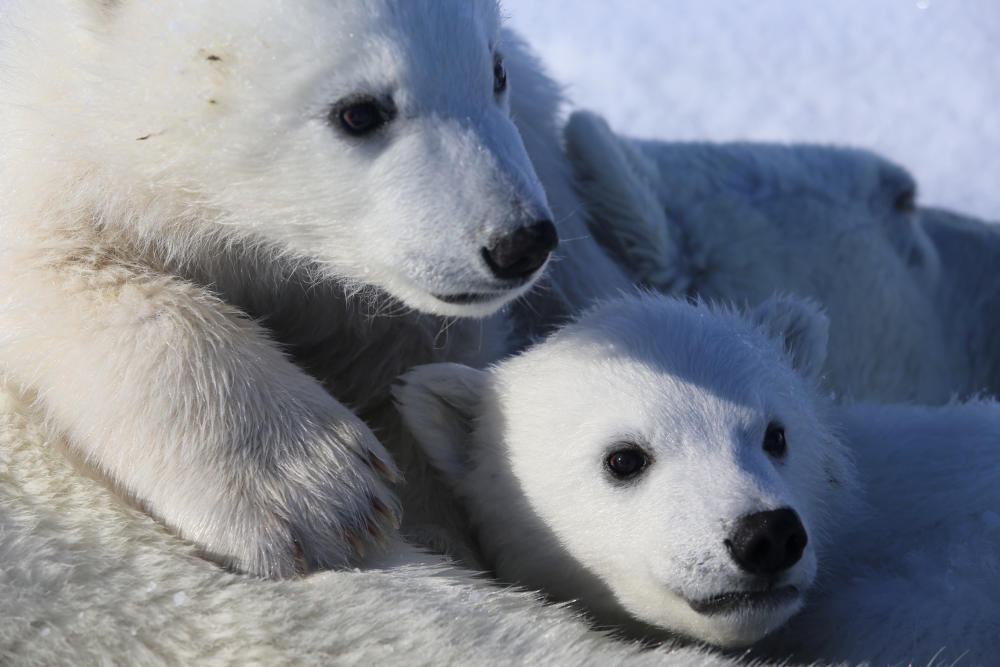 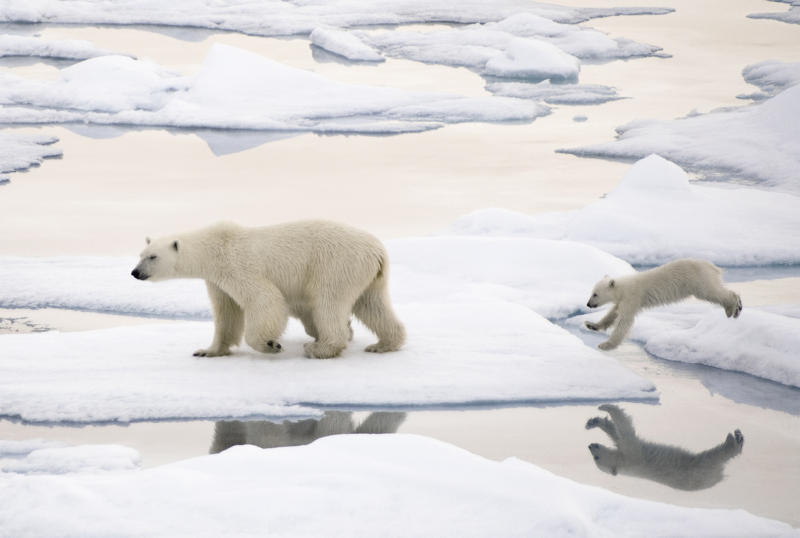 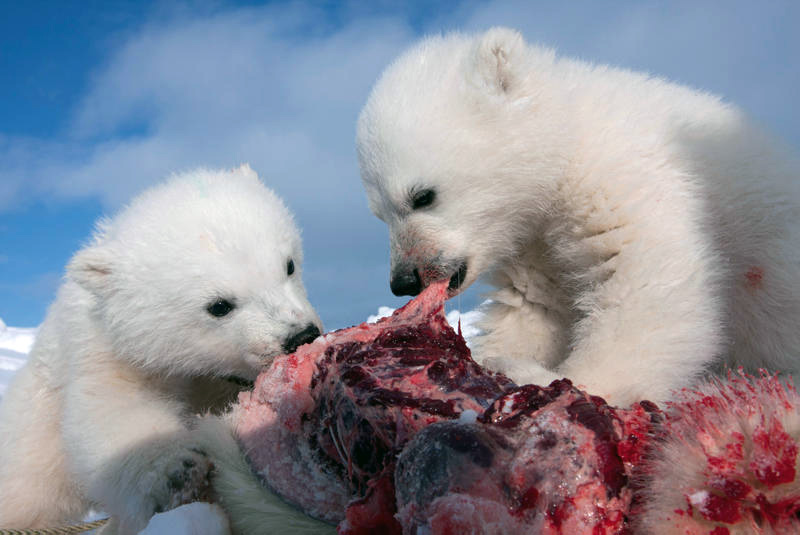 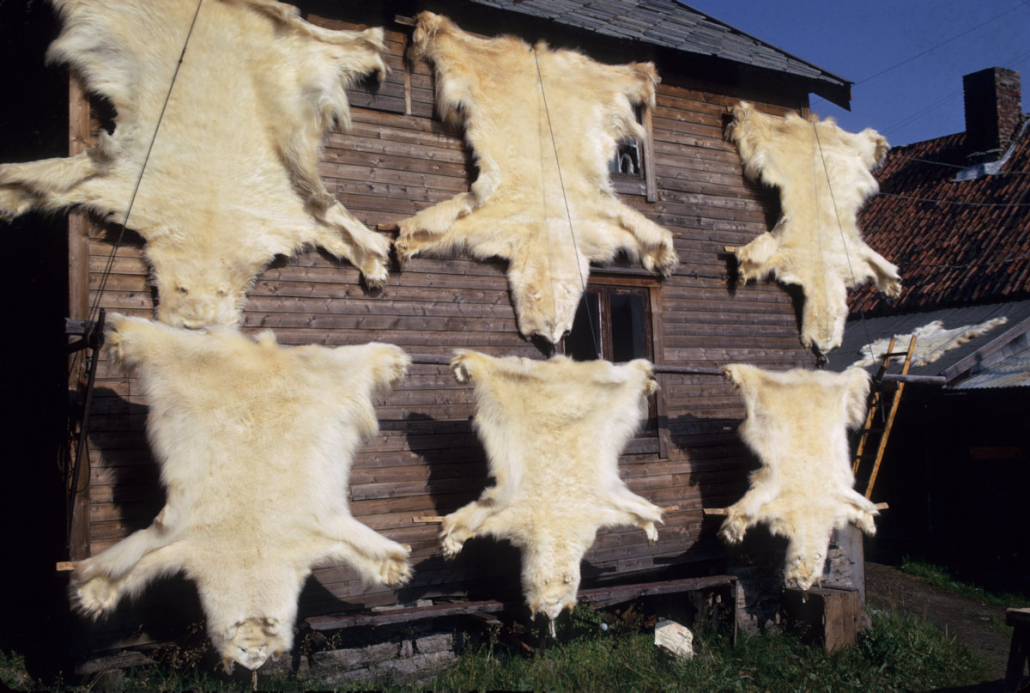 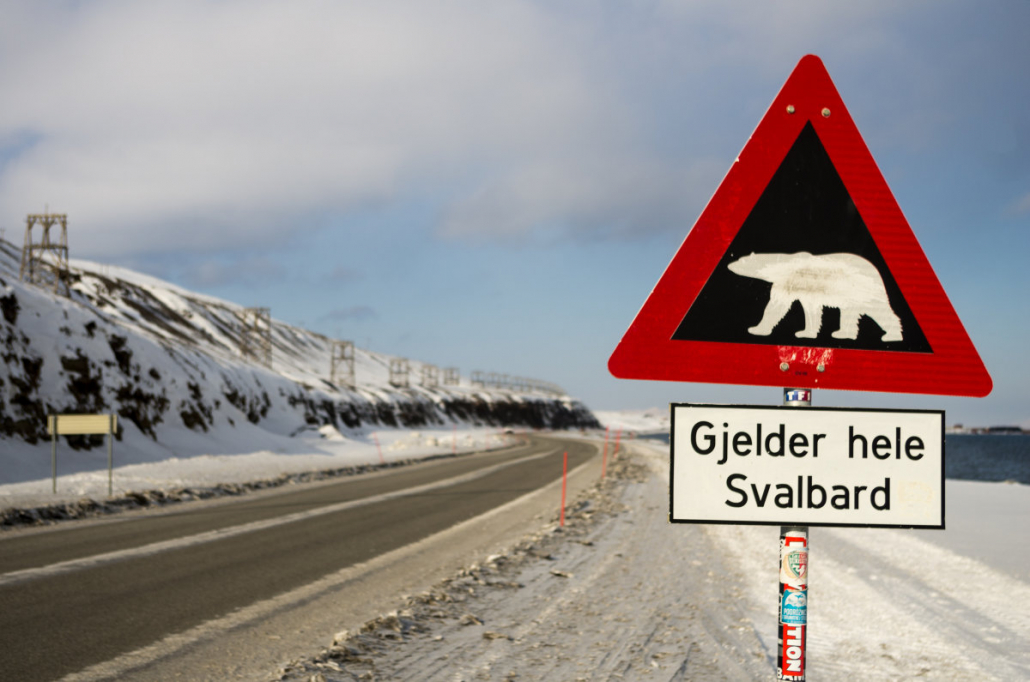 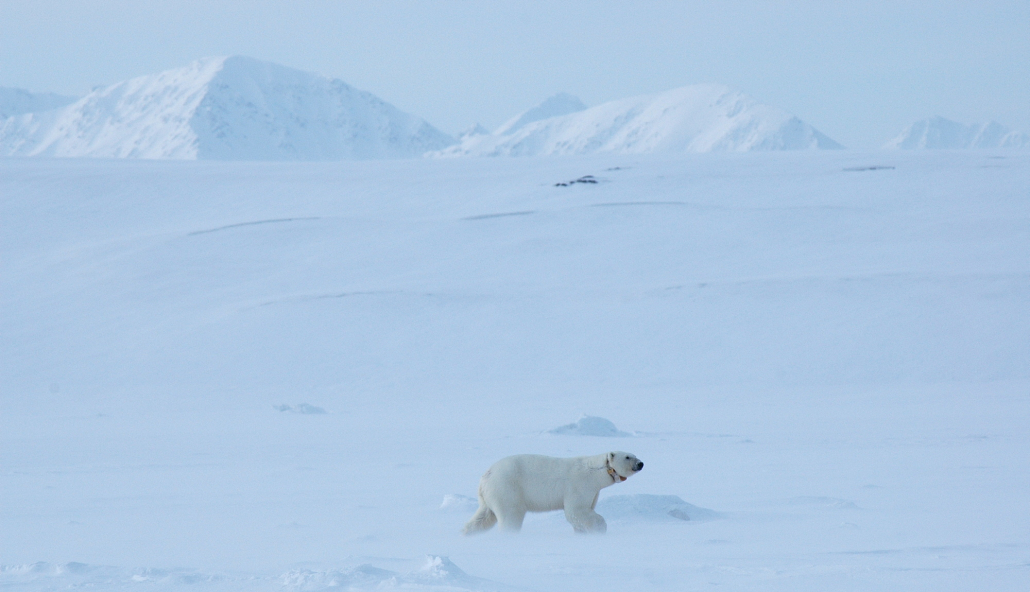 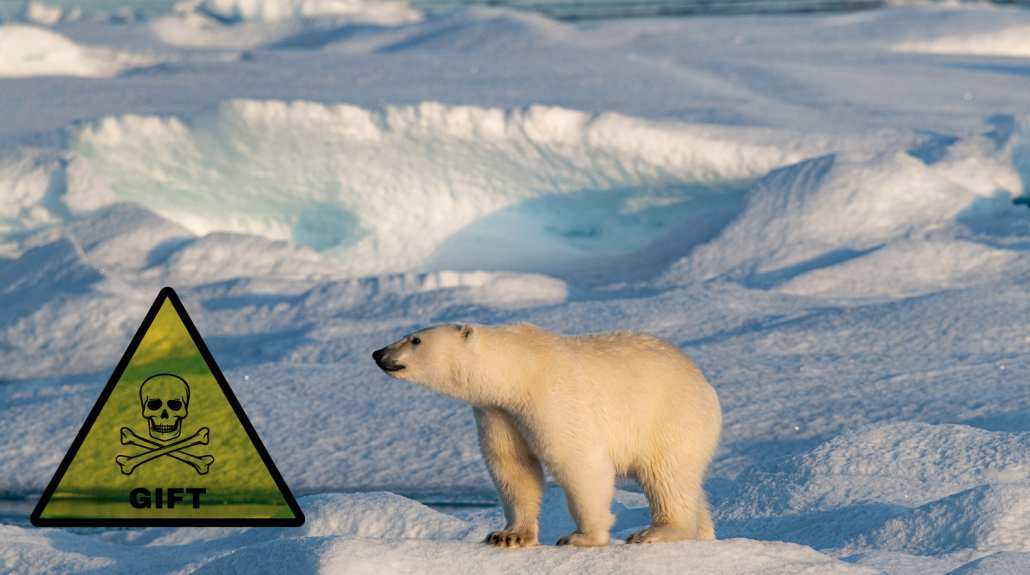 We follow the polar bear step-by-step
Scroll to top