Deep insights into the Arctic of tomorrow

Hundreds of international researchers are currently analyzing observations from the one-year MOSAiC expedition, during which hundreds of environmental parameters were recorded with unprecedented accuracy and frequency over a full annual cycle in the Central Arctic Ocean.

They have now published three overview articles on the MOSAiC atmosphere, snow and sea ice, and ocean programs in the journal Elementa, highlighting the importance of examining all components of the climate system together. These results present the first complete picture of the climate processes in the central Arctic which is warming more than two times as fast as the rest of the planet – processes which affect weather and climate worldwide. 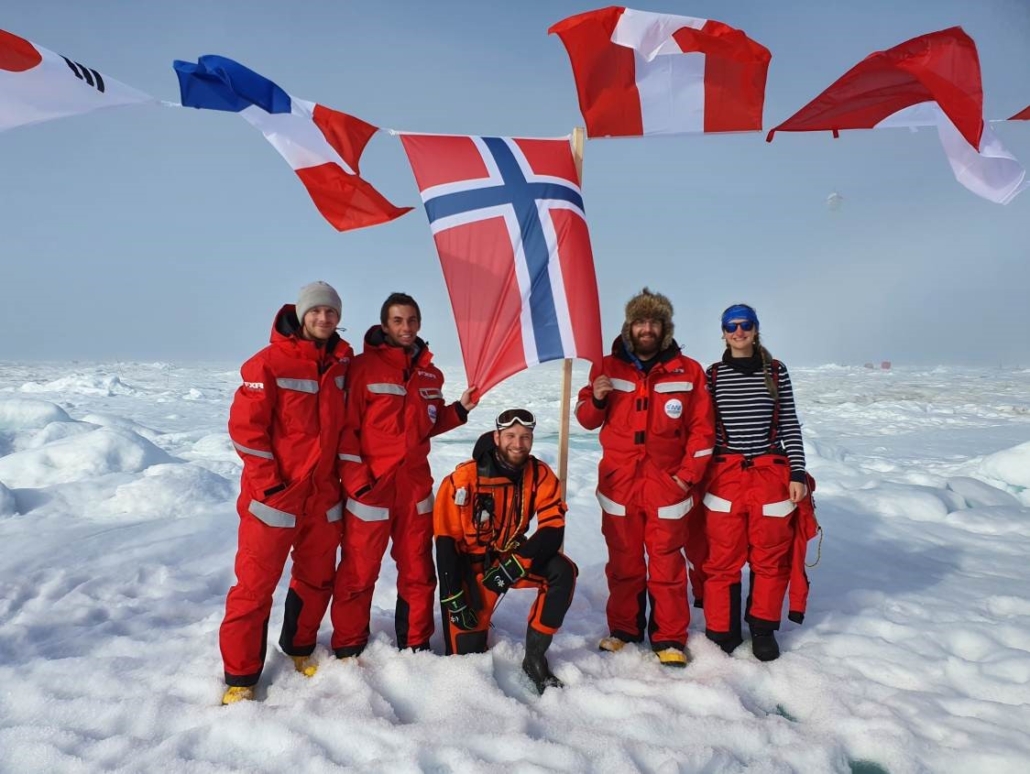 The HAVOC-team, from left, Oliver Müller (UiB), Evgenii Salganik (NTNU), Morven Muilwijk (UiB/NPI), Benjamin Lange (NPI) and Jessie Garder (UiT) during an open ice evening where all members of MOSAiC (including the ship crew) could go on the ice. The flags of all participating nations were hung on a line on the ice. Photo: Jessie Gardner / UiT The Arctic University of Norway

Diminishing sea ice is a symbol of ongoing global warming: In the Arctic, its extent has almost halved in summer since satellite records began in the 1980s. Less well studied but equally relevant are the thickness and other properties of the ice. The question of what this means for the future Arctic and how these changes will affect the global climate were the impetus for the historic MOSAiC expedition with the German research icebreaker Polarstern from September 2019 to October 2020.

With these results coming out now the researchers are building the most complete observation-based picture of climate processes in the Arctic, where the surface air temperature has been rising more than two times as fast as on the rest of the planet since the 1970s. To study the relevant processes for a full year required a special concept, in part because the Central Arctic Ocean is still ice-covered in winter and therefore difficult to access. During the expedition, the icebreaker froze to a large ice floe and drifted with the natural transpolar drift across the Arctic Ocean. And this is where the first surprises came. 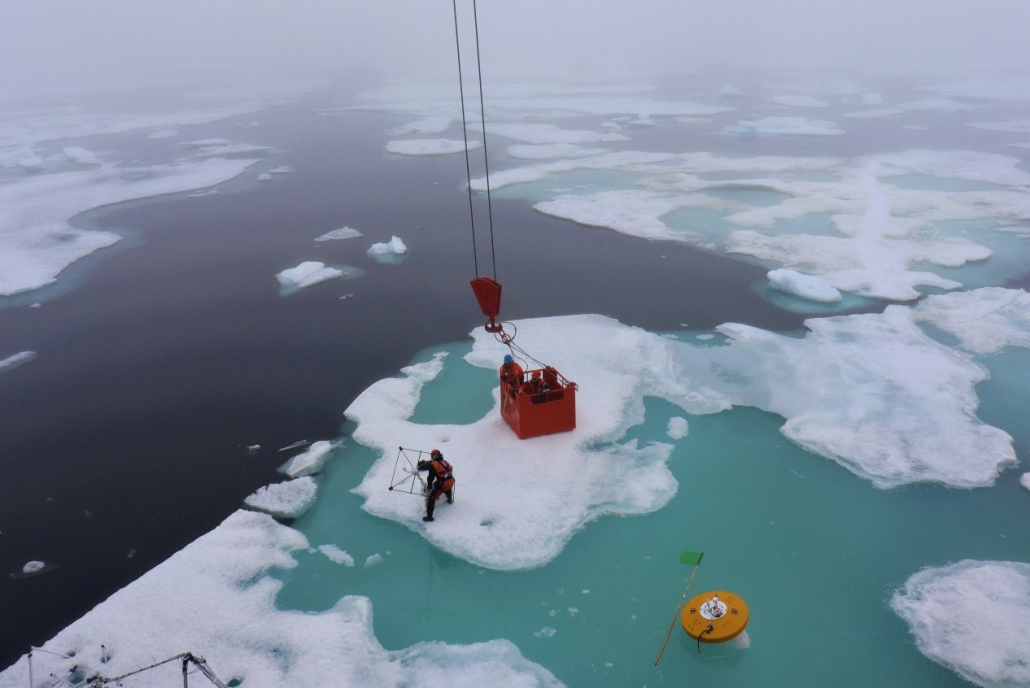 Recovering instruments from the ice after the MOSAiC floe broke apart. Many instruments were frozen into the ice and still needed lot of manual work to be released from the ice. Photo: Laura Schmidt

– We found more dynamic and faster drifting pack ice than expected. This not only challenged the teams on the ground in their daily work, but above all resulted in changed sea-ice properties and sea-ice thickness distributions, reports Dr Marcel Nicolaus, sea-ice physicist at the Alfred Wegener Institute, Helmholtz Centre for Polar and Marine Research (AWI) and co-leader of Team Ice in the MOSAiC project.

– The experiences from the Lance expedition taught us a lot, in terms what to expect. So, the dynamic ice pack did not come as a surprise to us. Also, our research topics were shaped by our findings from N-ICE2015, which led us to focus studying sea ice ridges, one of the least understood components of the Arctic sea ice pack, and the last to survive summer melt”, tells Granskog. 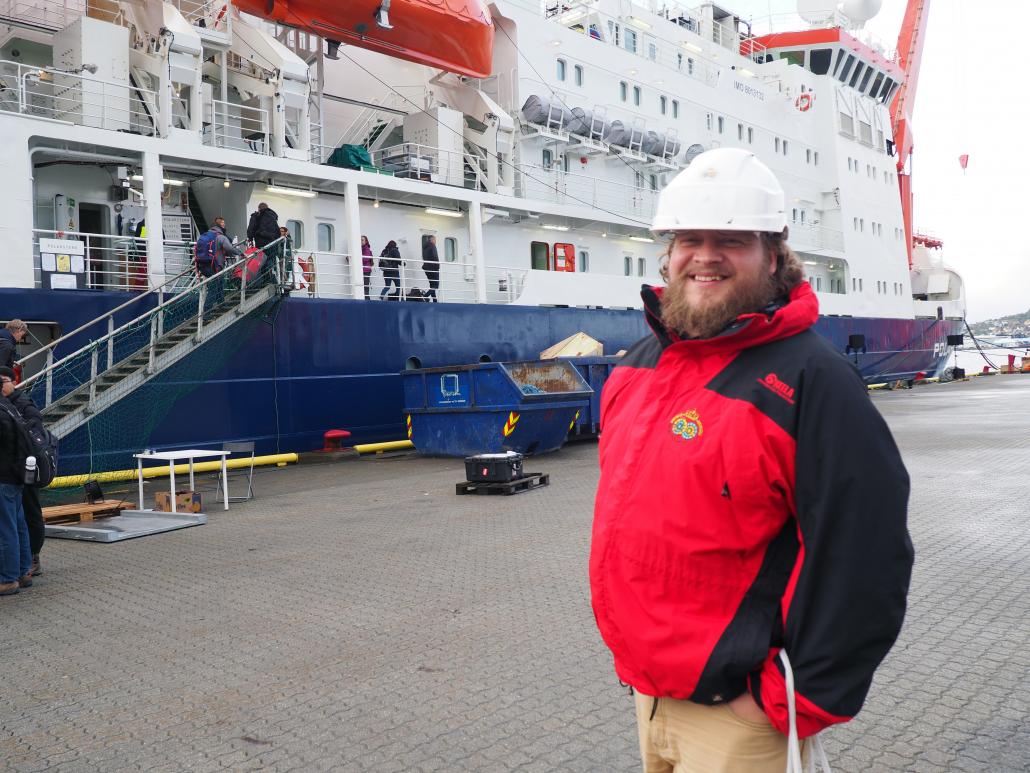 – These first overview papers only scratch the surface of the wealth of data that was collected during MOSAiC, and there is material for years and years to come, to be analyzed to better understand the Arctic system, concludes Granskog.

Granskog led the Research Council of Norway funded project HAVOC, that had partners from all of Norway, including sea ice scientists, oceanographers and marine biologists. Seven scientists participated in parts of the expedition as part of this project, most of them early career scientists.

I really admire the work our participants did in the harsh conditions they met while in the ice, in the harshest cold of the polar night or the very dynamic ice in summer. In the end was of course really an international team effort. To accomplish such an expedition is a large feat.” says Granskog.

The three overview articles serve as references for a vast array of future scientific work.

– The physical observations are the basis for interpreting biogeochemical cycles and ecosystem processes, and for supporting coupled models that we use to learn even more about climate feedbacks and the global repercussions of Arctic change. These changes can affect weather and climate worldwide, says Prof. Markus Rex, head of MOSAiC and atmospheric scientist at the AWI.

– It is fascinating how accurately we can map individual processes and relate them to each other. I am pleased to see how several hundred MOSAiC participants have collaborated on these publications. International cooperation with expedition participants from so many countries continues productively in a highly coordinated manner, even though the expedition has been over for more than a year. In this way, we will be able to provide ever more important insights into climate change, which will provide a knowledge base for societal transformation towards a sustainable approach to planet Earth, says MOSAiC leader Markus Rex. 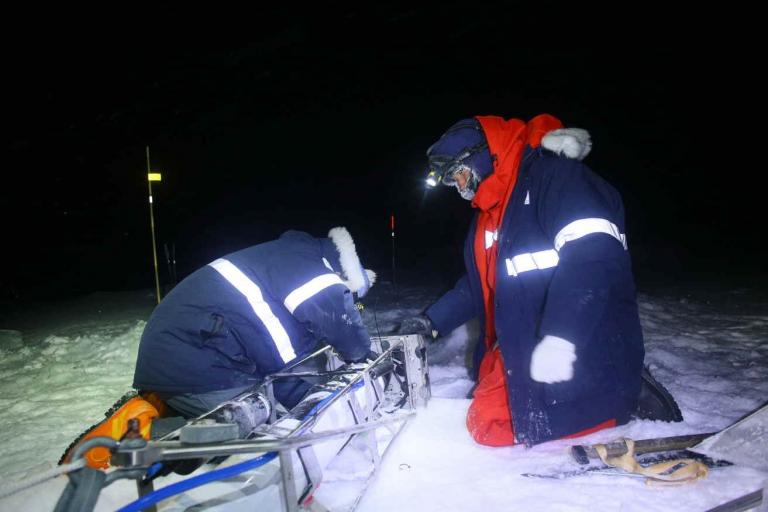 During the Multidisciplinary drifting Observatory for the Study of Arctic Climate (MOSAiC) expedition, experts from 20 nations explored the Arctic for an entire year. From autumn 2019 to autumn 2020, the German research icebreaker Polarstern drifted frozen in the ice through the Arctic Ocean. MOSAiC was coordinated by the Alfred Wegener Institute, Helmholtz Centre for Polar and Marine Research (AWI). In order to make this unique project a success and to obtain the most valuable data possible, more than 80 institutes had pooled their resources in a research consortium. The total cost of the expedition was about 150 million euros, mostly funded by the German Federal Ministry of Education and Research.