The point of putting a lid on a cooking pot is to prevent the transfer of heat and moisture between the boiling contents and the air above. When you remove the lid from a boiling pot, heat and water vapour flow upward into the air, along with chemical compounds filling your kitchen with the (hopefully) promising smells of an upcoming meal.

Cooking pot lid not to scale.

The point of putting a lid on a cooking pot is to prevent the transfer of heat and moisture between the boiling contents and the air above. When you remove the lid from a boiling pot, heat and water vapour flow upward into the air, along with chemical compounds filling your kitchen with the (hopefully) promising smells of an upcoming meal. 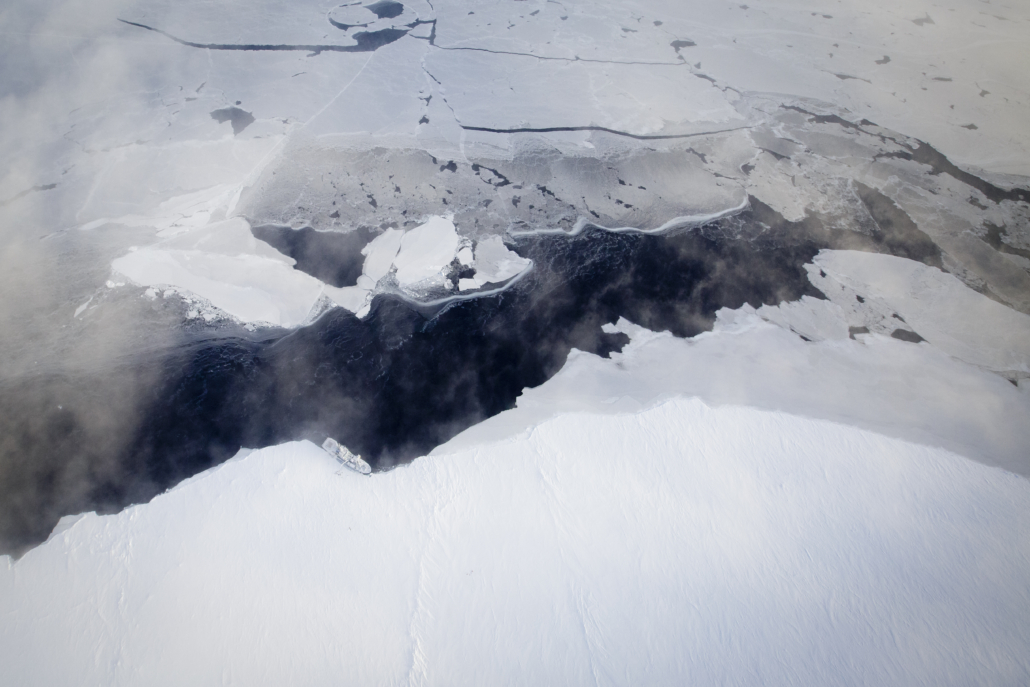 Sea ice lead. Note the research ship on the near side! Photo: Nick Cobbing

In a way, the sea ice that covers much of the Arctic Ocean acts like a giant cooking pot lid, extending over millions of square kilometers. It limits exchange between the upper ocean and the lower atmosphere, allowing the ocean to retain heat and moisture while keeping the air cold and dry. This is important – the fact that the sea surface is separated from the air over much of the Arctic Ocean has many implications for the climate on top of the globe and, because of the many connections between different regions, for the climate of the Earth as a whole.

We have broken many kitchen utensils in our culinary careers, but never a cooking pot lid – apparently, they are constructed to be pretty sturdy. Sea ice, on the other hand, melts and freezes due to high or low temperatures (referred to as thermodynamic forcing), and moves, smashes together, and breaks up due to winds and currents pushing it around (referred to as mechanical forcing). When sea ice breaks up due to mechanical forces, it tends to do so in a way similar to when a mirror or a windshield breaks: it forms long cracks. Such cracks in sea ice are known as leads; a lead might be tens to hundred of metres across but extend as much as hundreds of kilometres across parts of the Arctic Ocean. Any captain of an icebreaking ship is familiar with leads, as they can provide paths of open water (or thin, newly formed ice) through the thicker sea ice pack around the leads.

Since leads are relatively narrow, they account for only a small areal fraction within the sea ice cover of the Arctic Ocean. Their small scale makes them challenging to observe from space, and difficult to include in computer models. Yet, studies suggest that in fact about half of the heat transfer between the ocean and the air in the ice-covered ocean occurs through leads, and in winter, the moisture that enters the air over leads can contribute to air masses rising many kilometres upward into the atmosphere, generating clouds and affecting the local weather.

Exchange of heat and moisture is not the only process that happens in leads. Since the ocean is open to the atmosphere, the surface water can be cooled by the air until new ice begins to form, and leads can therefore act as “sea ice factories” during autumn and winter. Storms can also affect the ocean surface in open leads and churn and mix up the waters in the usually calm upper ocean.

The lack of a sea ice barrier also means that gases can be transferred more efficiently between the air and the atmosphere. Elsewhere in the ocean, there is a continuous exchange of gases at the air-ocean boundary: For example, the ocean contains enormous amounts of dissolved inorganic carbon (including carbondioxid, CO2), and the uptake and release at the sea surface in various parts of the world has a huge impact on the amount of CO2 in the atmosphere. In general, the Arctic Ocean is undersaturated in CO2, meaning that it could take up more CO2 from the air, but the sea ice cooking pot lid partly restricts this exchange. In leads, the opening in the ice acts as a window to the atmosphere where the gas exchange can happen more freely, impacting both the chemical composition of the water below and the CO2 content of the atmosphere above. Also, sea ice formation in leads releases brine (very salty water), which is rich in CO2 due to chemical processes within the sea ice as ice forms. The brine is dense and heavy, so it sinks, bringing CO2 from the air and surface water down to deeper parts of the ocean. This process is likely important for the Arctic Ocean’s role in the global CO2 uptake.

Alas, every analogy has its limits, and the Arctic sea ice cover differs from cooking pot lids in one critical way: the latter are typically more accessible. Despite the many interesting and important processes going on in sea ice leads, researchers rarely have the opportunity to study them directly. There are many remaining questions left, and on the ongoing Nansen Legacy cruise to the central Arctic Ocean we are hoping to answer some of them. With us on the R/V Kronprins Haakon we have a number of different scientific instruments that allow us to study lead processes, including the exchange between the air and the sea, the composition and chemistry of the ocean, and the penetration of water from leads in below the sea ice. Hopefully, we will step off the ship in Svalbard at the end of September carrying new data that will help us understand more about the Arctic Ocean’s role in the global climate system – something to think about back home while waiting for the potatoes to boil. 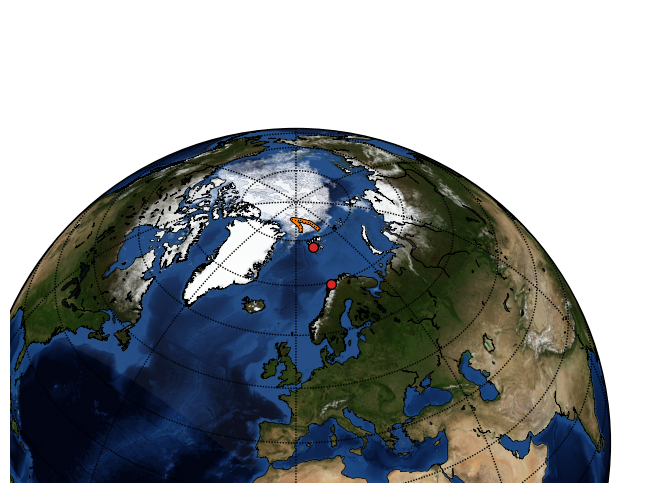 Map of the planned stations on the ongoing Nansen Legacy cruise to the central Arctic Ocean, showing sea ice concentration on 18.08.2021 from EUMETSAT Oceans and Sea Ice (AMSR-2). The cruise will depart from Tromsø, Norway and return to Longyearbyen, Norway.

Report from this year’s ARK fieldwork
Scroll to top